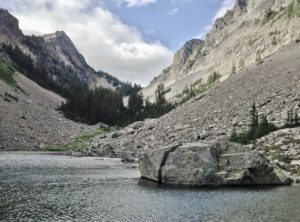 Although the Melakwa lakes are the final — and worthy — day-hiking destination for most, a robust few may climb the stony pass that stretches from Upper Melakwa Lake to the junction of Kaleetan and Chair peaks.  However, this scant half-mile/0.80 km scramble is not for the weak of knee or ankle and care should be exercised to avoid rockfalls.  No trail leads up the pass, but rather an intermittent, almost imperceptible path of slightly boot-worn rocks through a field of jumbled, basketball- to car-sized boulders.  The route works its way up the center of the pass through a series of berms anchored by small trees and patches of soil, which temporarily rest the feet from constantly teetering on angled stones.  At the top of the pass, solitude and a rugged alpine view reward the effort. Bound for arduously stony heights, the path parts with its last bits of soft earth on the north end of Upper Melakwa Lake. Melakwa Pass, September 02, 2013. 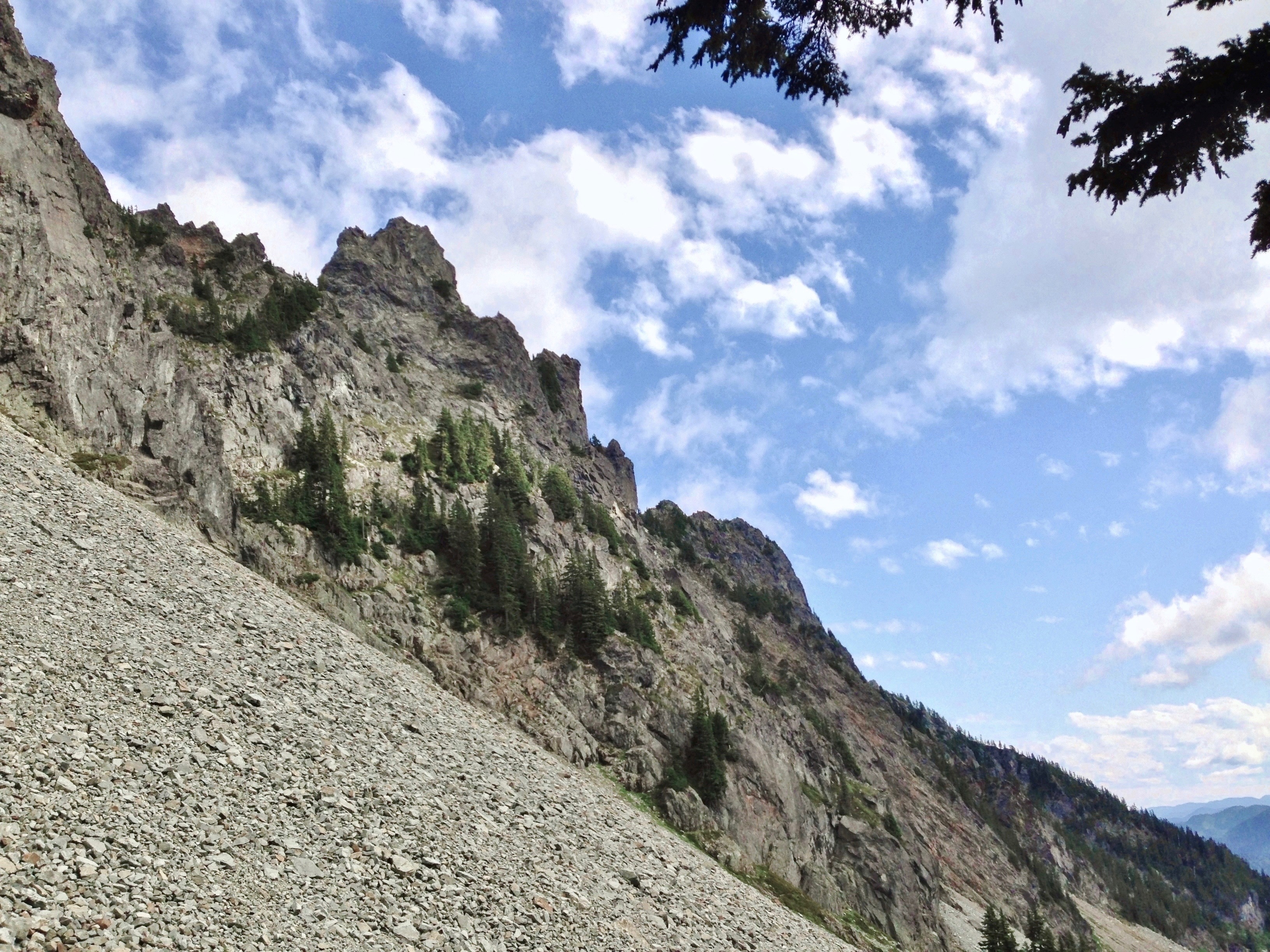 The route quickly pitches upward along the vast talus slope between the imposing ramparts of Chair and Kaleetan peaks. Melakwa Pass, September 02, 2013. Appearing from seemingly nowhere, a playful stream courses through the talus down the center of the pass, flowing freely over the surface where it waters lush mosses before disappearing again and gurgling unseen below. It may flow subterraneously through the mountainside from Chair Peak Lake on the opposite side of the pass. Melakwa Pass, September 02, 2013. The crest of the pass attained, the view telescopes out through the descending northern ridges of Kaleetan Peak and Chair Peak. Just below, the peaks’ cavernous juncture cradles the ever-icy Chair Peak Lake. The dot of a lake in the distance is Gem Lake, set below Wright Mountain.
Melakwa Pass, September 02, 2013. Back down the hard-earned pass, the lakes Melakwa and Low Mountain retreat into the southern distance. Melakwa Pass, September 02, 2013.