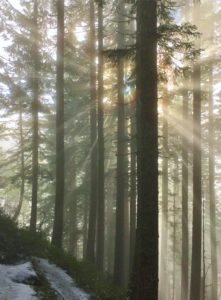 Mount Storm King’s short but steep trail begins within walking distance of Olympic National Park’s Lake Crescent Lodge and yet offers, among other features, a bit of solitude away from the consistent procession of visitors that bypass it in favor of the ever-popular Marymere Falls. The trail is enclosed by mostly coniferous forest throughout its length, although a few rocky outcrops and parted boughs justify the climb with increasingly grand glimpses until the craggy summit is attained with views down Lake Crescent and up Aurora and Happy Lake ridges.  Furthermore, an array of intriguing wildflowers accents the forest in the spring and summer months.  Although vehicle traffic far below on Highway 101 can sometimes be heard, the chattering rush of Barnes Creek, hidden from sight deep in the wooded valley riven on the mountain’s southern flank, is a near constant companion.  The rigorous ascent, plentiful flora, and vertigo-inducing vistas are not the mountain’s only breathtaking features:  views usually open where solid ground drops away just steps from the trail.  Care should be exercised, especially with small children. Just over a half mile/0.80 km from the trailhead it shares with the Marymere Falls Nature Trail at the historic Storm King Ranger Station, the path up Mount Storm King branches left and decidedly upward at the foot of a massive boulder overhung with mosses, ferns, and vine maples (Acer circinatum). Mount Storm King Trail, May 20, 2017. A fine comb of conifers bristles about the trail until it reaches the summit.
Mount Storm King Trail, December 28, 2015. 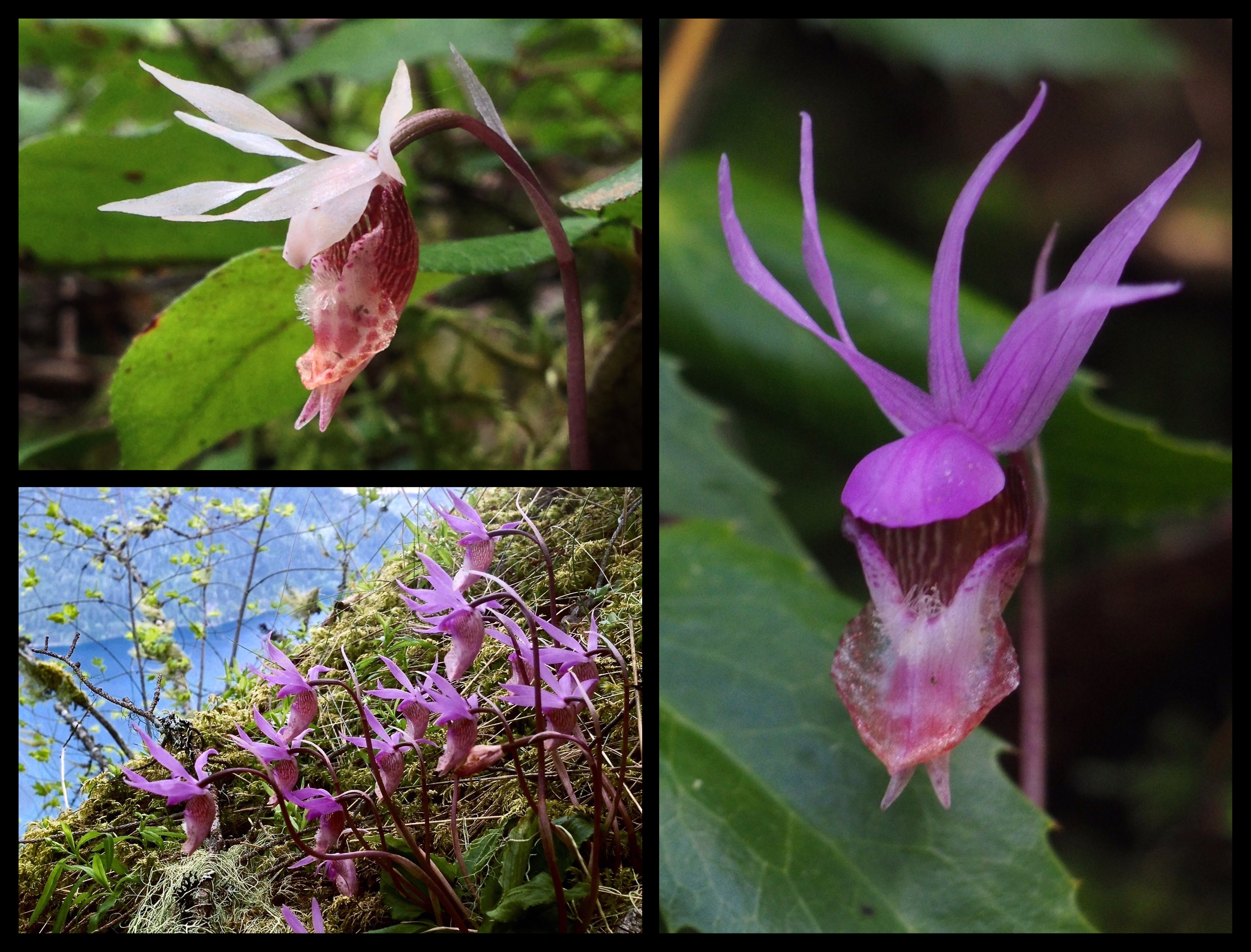 The star of Mount Storm King’s spring wildflower season is the western fairy slipper (Calypso bulbosa var. occidentalis), a native orchid species. Also known as “Hider-of-the-North” for its reclusive nature and irregular distribution (usually only in old-growth or otherwise long undisturbed forest), it is nevertheless populous throughout this mountain enclave from nearly bottom to top. Most often sporting shades of lavender and magenta, western fairy slippers can also appear as pale as tawny white, especially as they age. Resist the urge to pick or uproot the orchids for souvenirs, which nearly always kills them, as they are delicate in structure and dependent upon relationships with other species in their environment to survive. Mount Storm King Trail, May 17, 2014 and May 20, 2017. 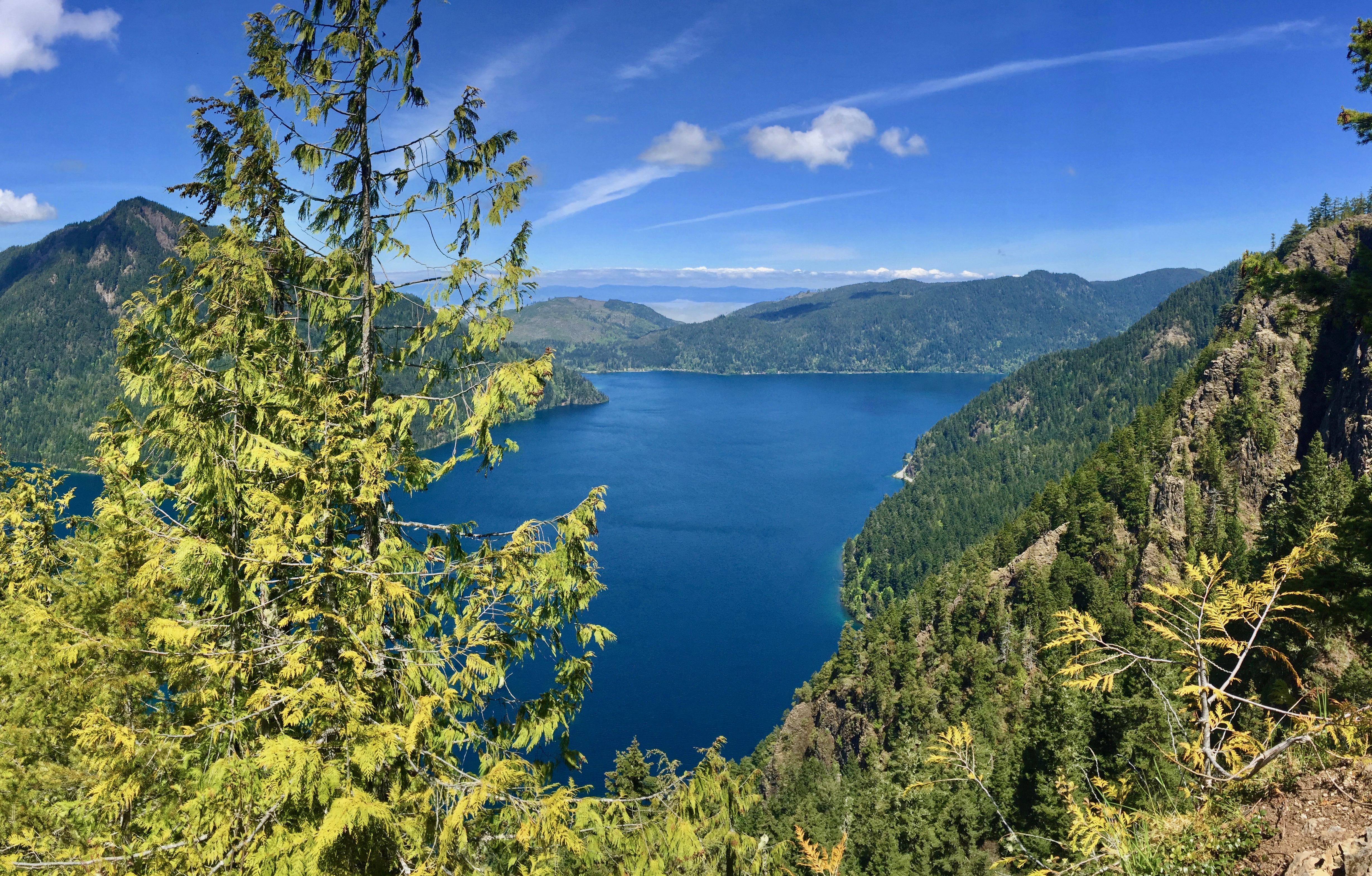 As the trail nears the summit, views soar across Lake Crescent’s azure waters, on a clear day reaching down its northern arm to the Strait of Juan de Fuca and Canada’s Vancouver Island on the horizon. Mount Storm King Trail, May 20, 2017. 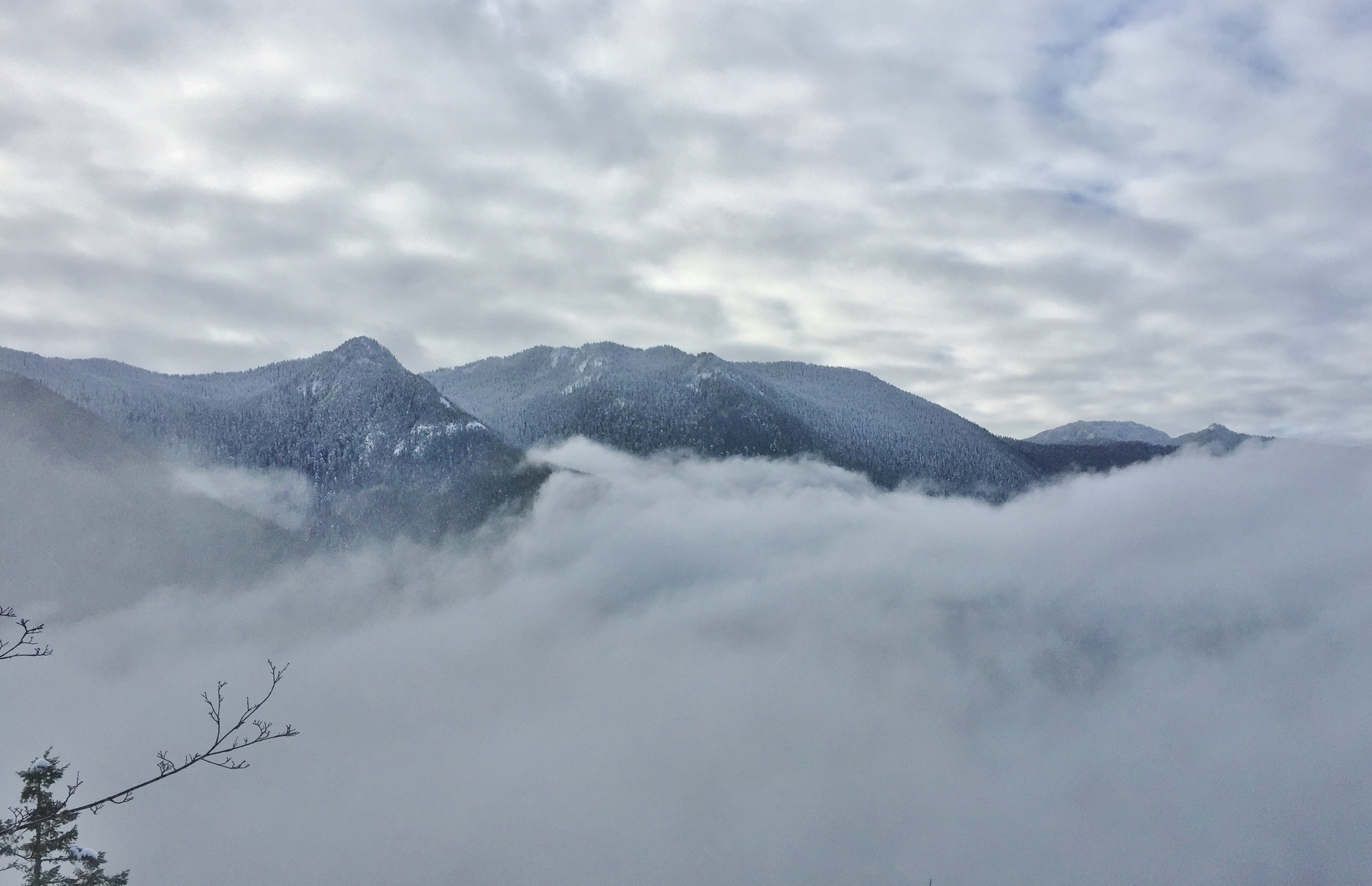 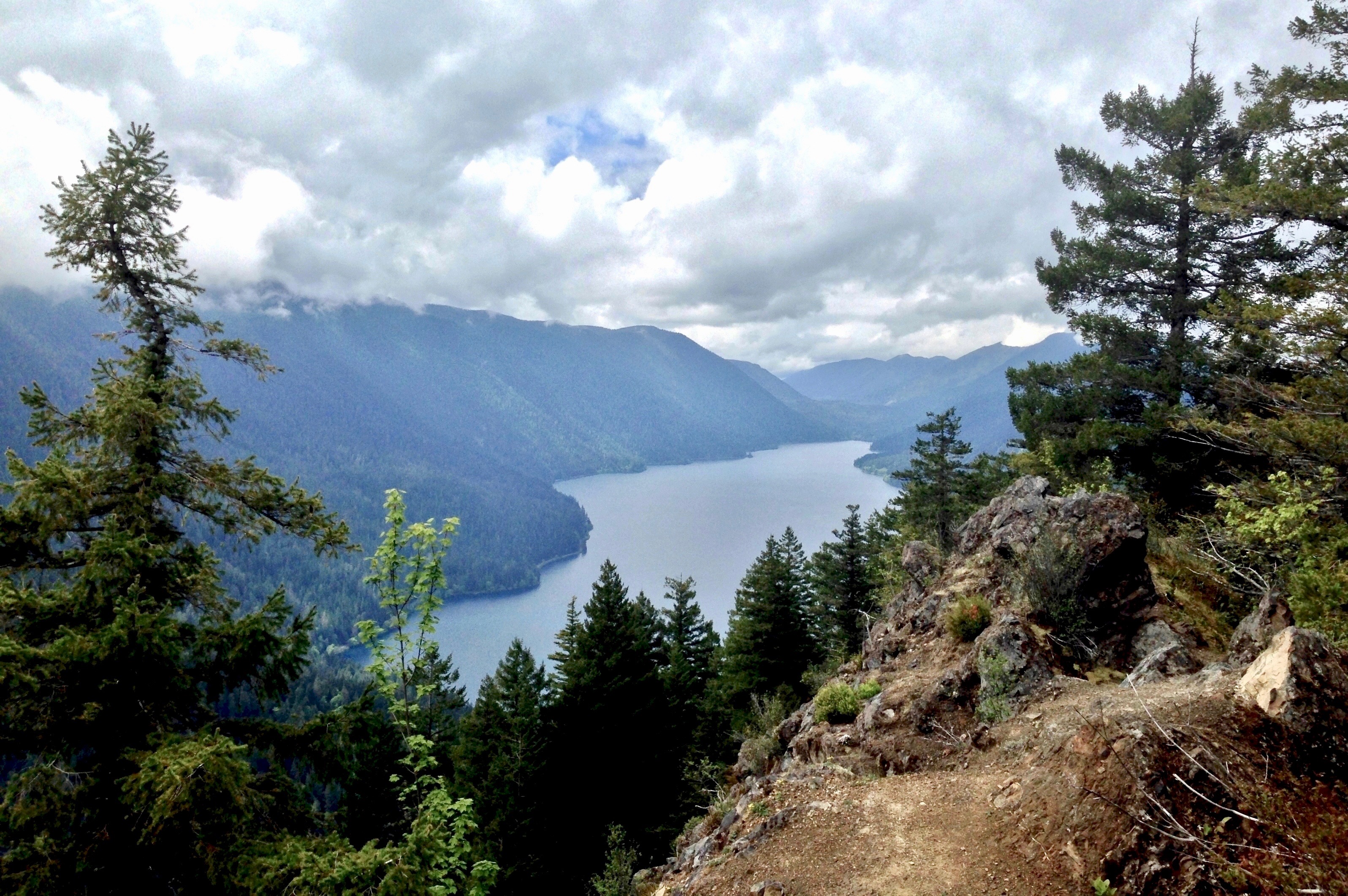 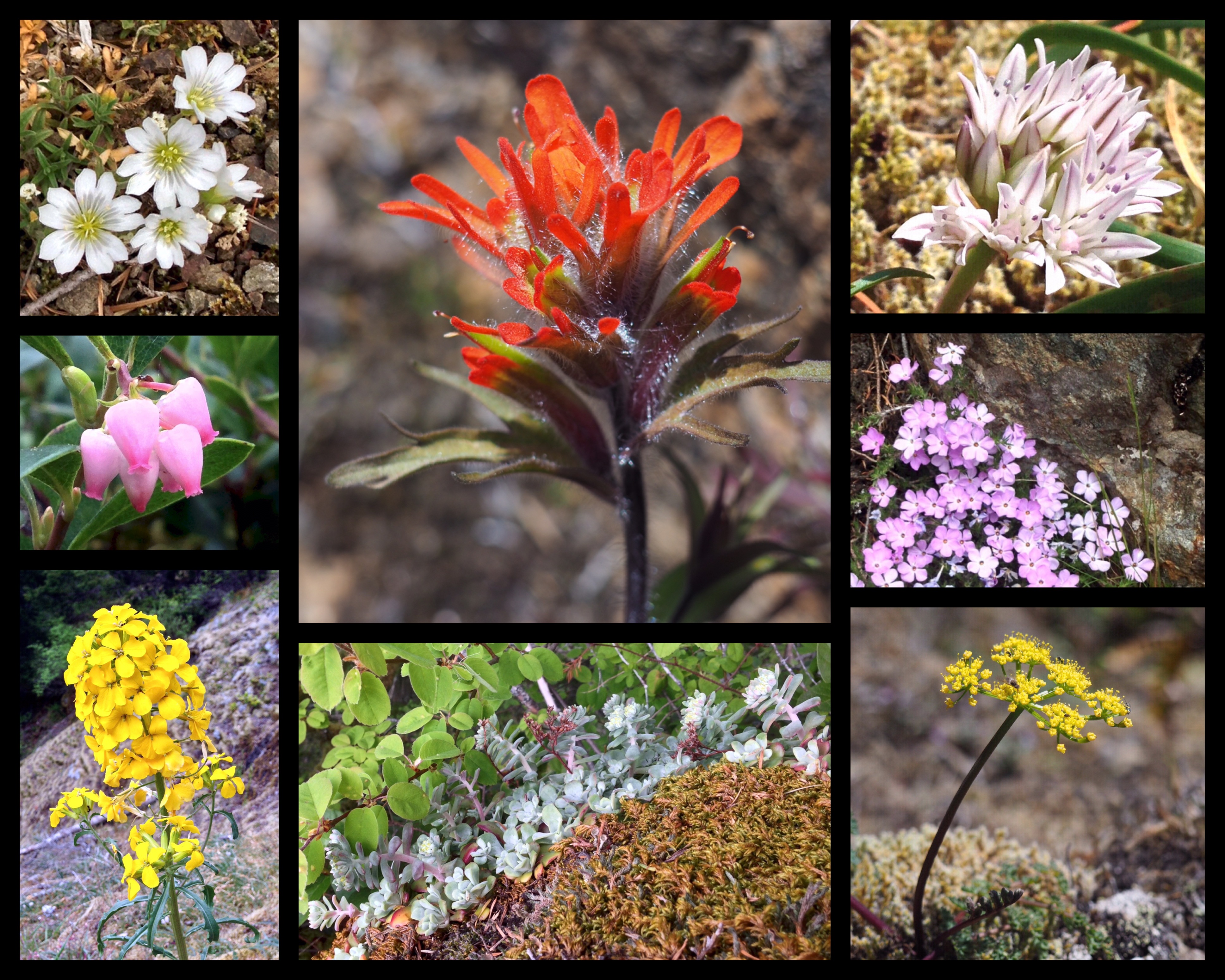 At the trail’s end, the sheer-walled summit looms overhead. A rope has been anchored to the rock to assist those who wish to attempt the arduous scramble to the top. Whether by summer’s barren stone or winter’s draping snow, proceed farther with extreme caution — beyond the trail, there is significant exposure with no protection from the precipitous plunge at the summit’s abrupt western edge, which extends hundreds of feet (and meters) below the frame in this photo. Although rooted at relatively low elevation (700 feet/213 meters) not far from the Olympic Peninsula’s northern coast on the Strait of Juan de Fuca, Mount Storm King quickly rises to a height of 2400 feet/732 meters, crowned with snow easily reaching knee-deep or higher in winter months. Before setting out, be sure to check the trip reports at the “Additional Trail Info” links above for up-to-date information on trail conditions.
Mount Storm King Trail, December 28, 2015.