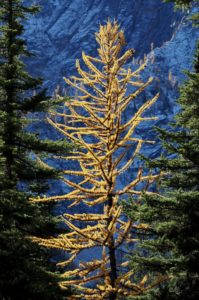 Cutthroat Lake offers one of the shorter and relatively easier hikes in the North Cascades. Rugged peaks line the way from the trailhead and, in autumn, grasses and mountainside larches swath the lake in gold. Although State Route 20 is just a short distance away, the steep mountain folds shield the valley from the sound of passing motor vehicles. Separately or in combination, the trail can also complement a hike up to Cutthroat Pass above the lake by providing opportunity to experience its environs from different vantages.

The trail is stony, yet gentle in grade as far as the lake. At approximately 1.70 miles/2.70 km from the trailhead, the trail branches left to the lake, which lies a mere 0.30 miles/0.50 km down the fork. (The right fork is the eastern route to Cutthroat Pass and continues — climbing — approximately 3.70 miles/6.00 km up to the ridgeline.) Upon reaching the lake, the left fork opens to a boggy lakeshore near the outlet to Cutthroat Creek, which the trail crossed on a bridge downstream near the trailhead. Cutthroat “Lake” is rather a large pond, rippling between the grassy bog on one shore and boulder-strewn woodland on the other. Step carefully to avoid wet feet and damage to the delicate lakeside habitat. Cutthroat Peak forms an imposing backdrop, flanked by Hinkhouse Peak to the southeast and Cutthroat Ridge arcing north toward Cutthroat Pass.

Cutthroat Lake can be a popular destination, given its relative ease of access.  However, an early weekday hike can still offer a sense of backcountry solitude. Although horses are not permitted at the lake, you may share the main trail with riders on horseback, as it is otherwise open to equestrian use.  To further the experience, consider continuing on to Cutthroat Pass from the trail junction near the lake or parking a second car at the Pacific Crest trailhead a short distance up State Route 20 to hike both trails as a loop.  Either way, the pass will afford a bird’s-eye view of the little blue dot that is Cutthroat Lake far below. 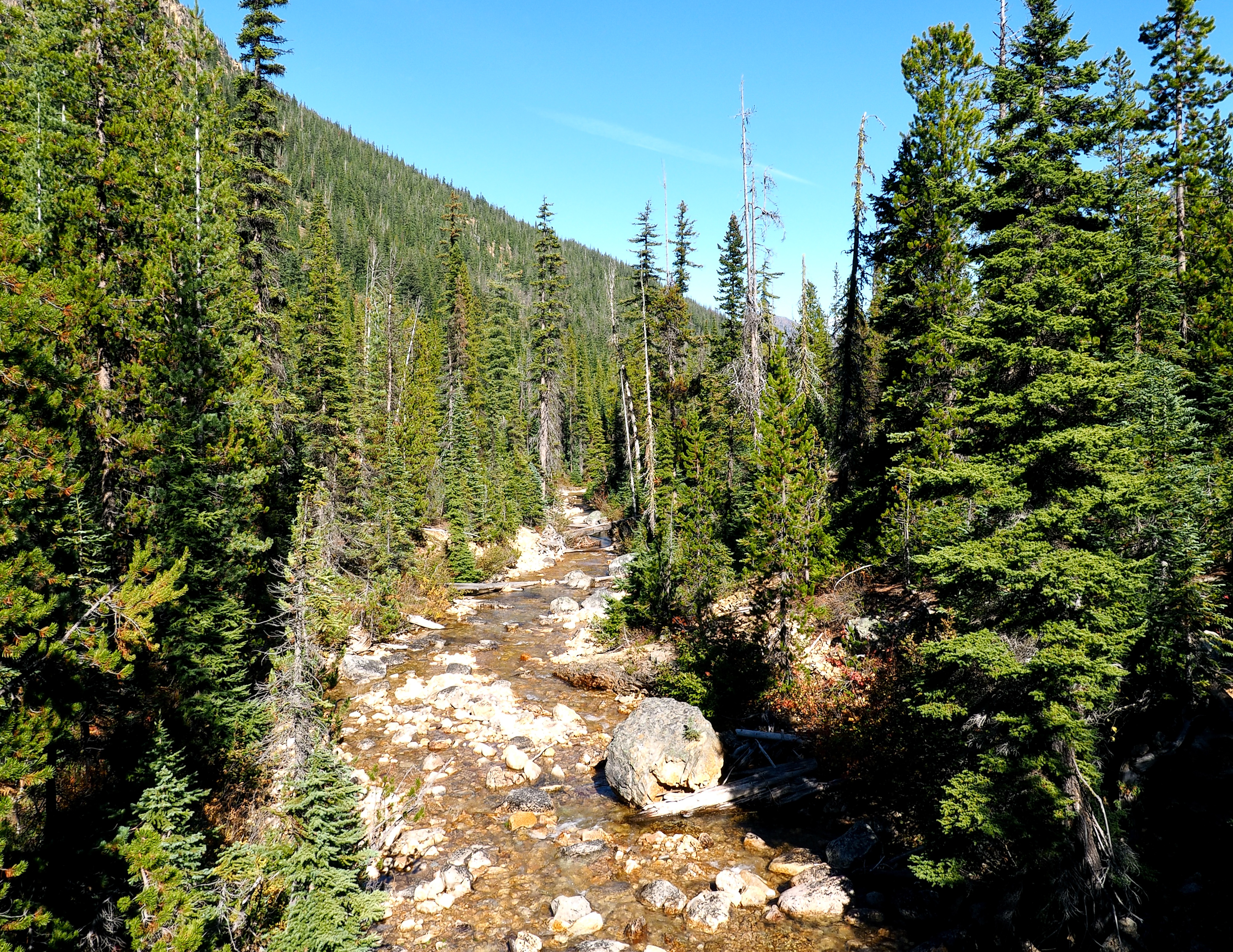 Near the trailhead, a sturdy bridge spans Cutthroat Creek. Thereafter, the trail crisscrosses the creek and its tributaries several times until reaching its headwaters at the lake.
Cutthroat Lake Trail, October 07, 2021. 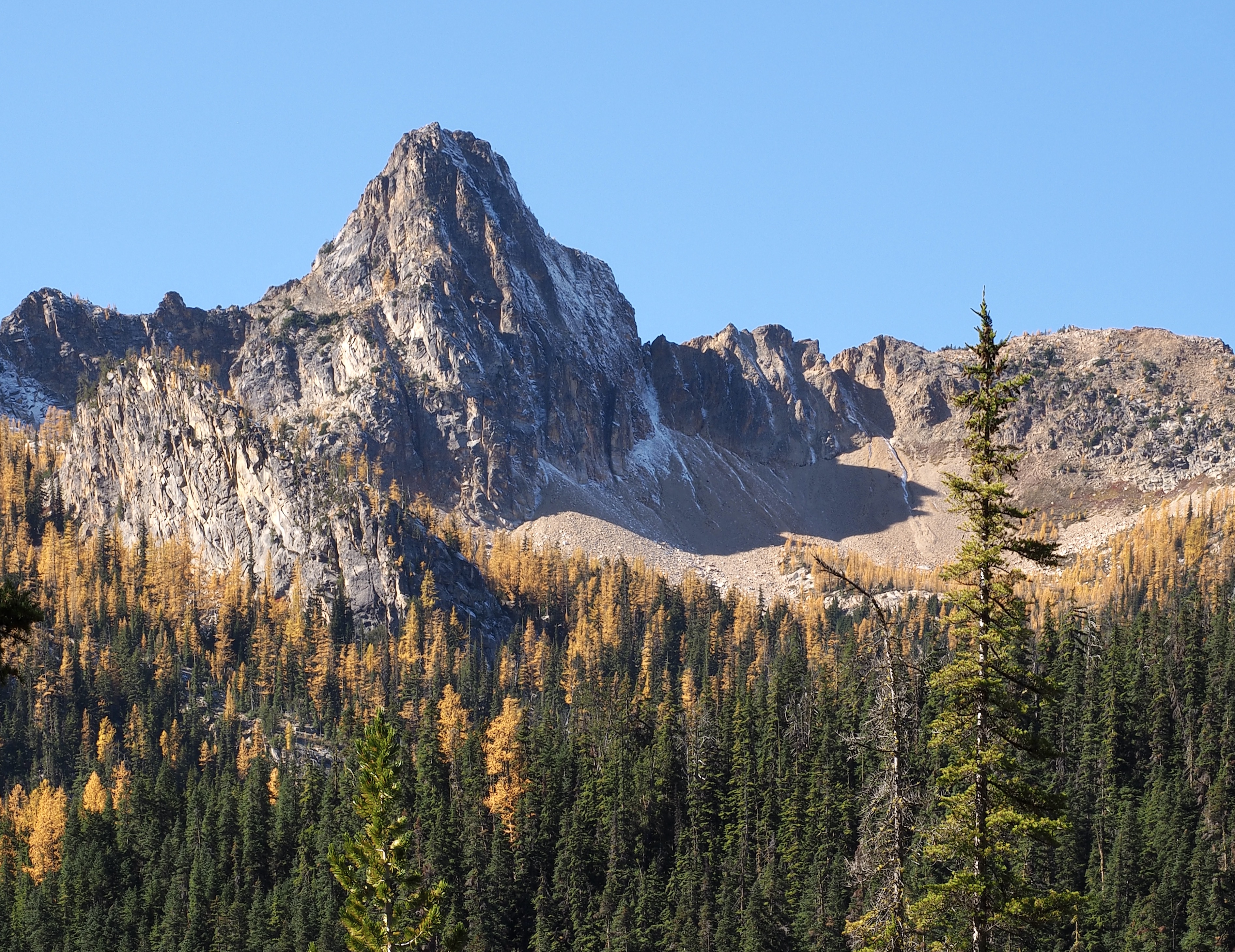 Cutthroat Ridge stretches northward from Cutthroat Peak, topped by smaller, turret-like points. The most prominent knob along Cutthroat Ridge is the whimsically named Molar Tooth. Beyond the ridge, Cutthroat Pass offers panoramic views accessed by the trail fork near the lake or farther east by the Pacific Crest Trail. Cutthroat Lake Trail, October 07, 2021.