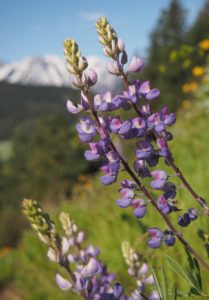 Sauer’s Mountain is known for its lavish spring wildflower display set against expansive mountain views. Here, longspur lupines (Lupinus arbustus), one of its most abundant wildflowers, lean from the trailside. Sauer’s Mountain Trail,
May 06, 2017.

Sauer’s Mountain (also known as Sauer Mountain) is named for Leonard Sauer, who owns much of the mountainside and whose labor of love resulted in this popular trail he and his family open to the public throughout the hiking season.  The trail showcases the montane forest characteristic of the Cascades’ eastern slopes, alternating between pine woodlands and ranging meadows.  Situated in the North Cascades’ Entiat Range, Sauer’s Mountain affords sweeping vistas of its neighboring Entiats and, across the Wenatchee Valley below, the Central Cascades’ Wenatchee Mountains.  The mountain is best known for its spring wildflower display, which encompasses an impressive multitude of species.  The trail forks near the trailhead and climbs rigorously to the mountain’s shoulder, where it forks again into a loop that undulates more moderately on either side of the ridge before rejoining and steepening near the summit.  Beyond the summit, the trail continues a short distance higher up the ridge to Point 3172 and then continues as a mountain bike trail.

Because the parking lot and trailhead are located on the Sauers’ private property, no state or federal pass is required to access the trail; however, cash donations are accepted at the trailhead.  The family expressly requires that all dogs be leashed.  Because the trail is quite popular during the spring wildflower season, consider visiting early or on a weekday to ensure a spot in the small parking lot at the trailhead and a less peopled experience on the trail. From the trailhead, the trail forks and climbs steeply to either end of a massive stone shelf on the side of the mountain, where it joins a loop at the top. The left (south) and longer fork curves westward and provides views across the valley to the Wenatchee Mountains, while the right (north) fork leads through lush forest above another secluded dell. Sauer’s Mountain Trail, April 28, 2019. The south (left) fork from the trailhead quickly climbs to views of the orchard-filled Wenatchee Valley below and snow-capped Wenatchee Mountains beyond. Sauer’s Mountain Trail, May 06, 2017. Along its length, and particularly along the north fork that accesses the loop from the trailhead, the trail ducks in and out of dense woodland. Sauer’s Mountain Trail, April 28, 2019. Just below the summit, a logging road appears to obliterate the trail. A small cairn across the road marks an improvised route up the bank and back to the trail above. Thankfully, the logging is not a clearcutting operation, but is leaving enough selected trees to maintain an open forest that is natural to the area and better able to withstand wildfires. Sauer’s Mountain Trail, April 28, 2019. The summit affords a panoramic view of the Wenatchee Mountains, which are an arm of the Cascade Mountains. The Wenatchee Mountains’ Stuart Range, which includes the peaks and lakes known as The Enchantments, is seen here on the far left. Icicle Ridge reclines along the center.
Sauer’s Mountain Trail, May 06, 2017. 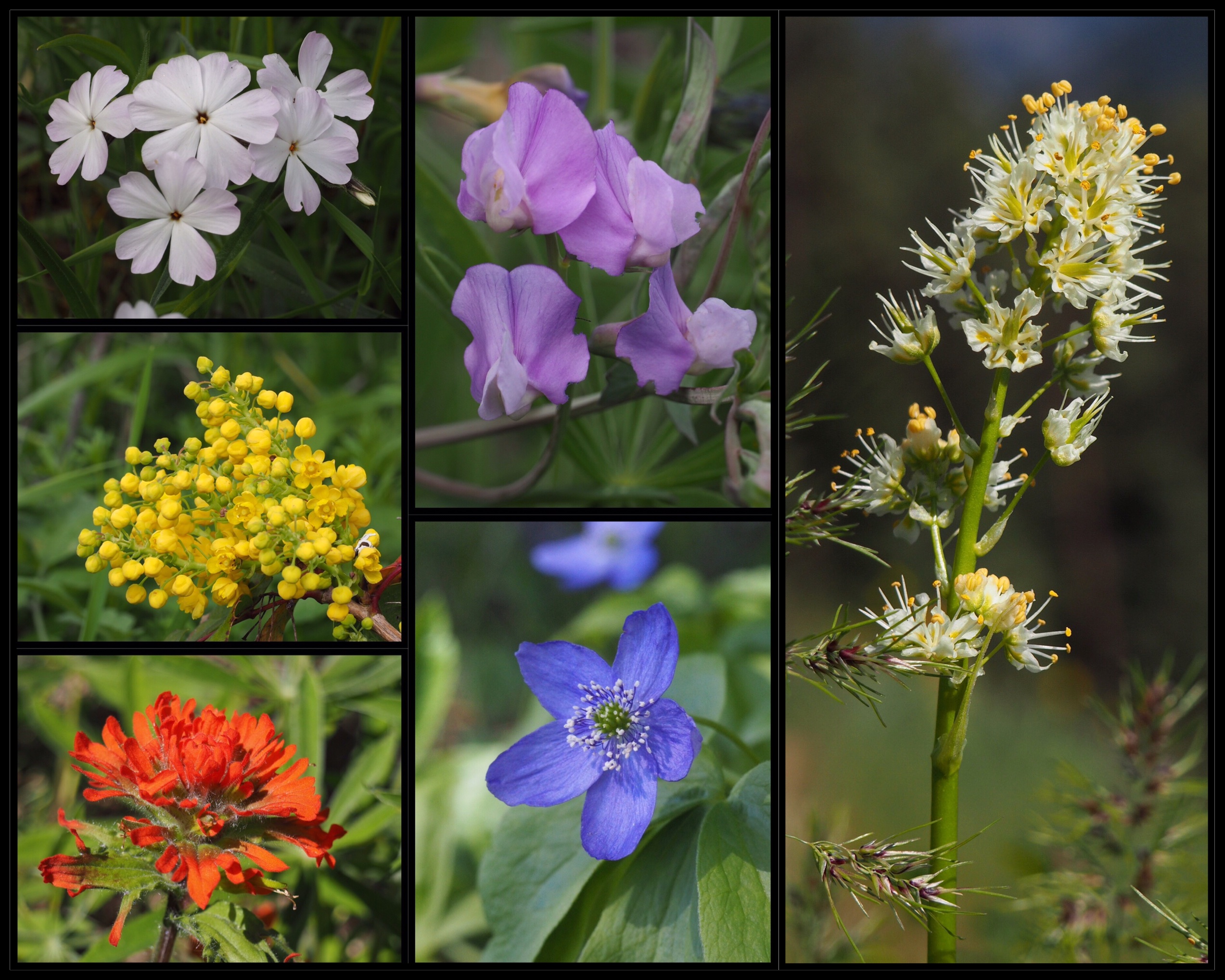 The trail continues beyond the summit to the slightly higher Point 3172 (considered by some to be the true summit) with similar mountain views and marked by a large cairn, beyond which it continues downward as a mountain bike path. Sauer’s Mountain Trail, May 06, 2017.