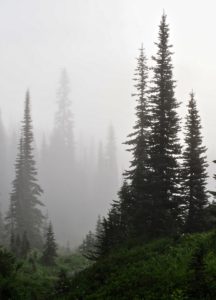 “Heed the days when the rain flows freely, in their greyness lies the seed of much thought.”
Words to a Grandchild,
Chief Dan George,
Tsleil-Waututh Nation

Homebound? Use the time to check out HesperosFlown’s favorite resources to help plan your next outing or learn more about past discoveries.

ProTrails
A guide to select hiking, biking, and running trails in eleven states, including Washington

National Park Service
A guide to safely enjoying national parks (and any outdoor areas) in any season, with tips on how to prepare and what to carry (including the “Ten Essentials” recommended in most hiking resources)

Leave No Trace
A guide to seven widely recognized principles for enjoying the outdoors sustainably and in a manner respectful to the environment, wildlife, and other hikers

Washington Department of Fish and Wildlife
An on-line resource with detailed information on many species of Washington wildlife, including their individual habits and what to do if one encounters them

Northwest Avalanche Center
An on-line resource for daily updates on western Washington and northwest Oregon mountain weather and avalanche conditions, as well as courses on avalanche awareness and safety

Western Washington’s vast wilderness resources are a patchwork of public lands administered by various federal, state, tribal, and other agencies for a range of purposes, often unknown to those who use them.  Their websites contain a wealth of information about their features, conservation, history, and public access (including identification of a number of variously barrier-free trails).

Western Washington is home to three national parks that provide public access to landscapes as varied as ocean beaches, temperate rainforests, and glaciated peaks while also conserving the wildlife, habitat, and archeological sites they encompass.

Mt. Rainier National Park
A park surrounding Western Washington’s iconic landmark that offers many opportunities for hiking the volcanic peak’s unique montane and alpine environments, ranging from one of the last remnants of North American inland rainforest to snowy expanses beyond the treeline

National forests are vast tracts of public lands managed by the federal government for a broad range of uses, including conservation, recreation, resource extraction, and livestock grazing.  Most also contain smaller subdivisions with more restricted uses, such as national monuments, wilderness areas, and research natural areas.  Expand the links below to learn more about those in Western Washington.

Gifford Pinchot National Forest
The national forest that spans the west side of Washington’s South Cascades up to Mt. Rainier National Park and preserves several distinct types of ecosystem in seven wilderness areas and one national monument

Mt. Baker-Snoqualmie National Forest
The national forest that encompasses the west side of the Cascades between Mt. Rainier National Park and the Canadian border, almost half of which is preserved in nine wilderness areas and one research natural area

Okanogan-Wenatchee National Forest
The national forest that covers the eastern flanks of Washington’s North and Central Cascades, over half of which is preserved in eight wilderness areas

National wildlife refuges differ from other federal public lands in prioritizing wildlife conservation over all other uses, although some, such as those listed below, provide significant access for hiking and wildlife viewing.

Billy Frank Jr. Nisqually National Wildlife Refuge
A migratory bird refuge near the Salish Sea’s southern tip with over 4.00 miles/6.40 km of trails and boardwalks that trace the Nisqually River’s transition from freshwater to Puget Sound tideflats through a unique, brackish estuary

Dungeness National Wildlife Refuge
A refuge for migratory birds and coastal wildlife where the Olympic Peninsula’s Dungeness Spit arcs into the Strait of Juan de Fuca, affording up to 11.00 miles/17.70 km of hiking opportunities

Washington state parks and natural resources conservation areas variously provide for both public access and conservation of nature, resulting in some, like the following, that provide excellent hiking opportunities.

Wallace Falls State Park
A large, mixed-use park in the Skykomish River Valley with hiking access to two lakes and a series of massive waterfalls

Mount Si Natural Resources Conservation Area
A preserved swath on the edge of the Cascades nearest the greater Seattle, Washington metro area that protects not only popular hiking destinations, but also habitat for various species including mountain goats

A number of private Western Washington organizations partner with the local public to protect the environment and strengthen communities through conservation, sustainable resource management, education, and individual and corporate volunteer opportunities.

EarthShare Washington
A one-stop site to identify and connect with over sixty conservation organizations, many of which operate in Washington, to promote environmental protection, conservation, education, and sustainability

Nisqually Land Trust
A non-profit organization that works to conserve and sustainably manage the Nisqually River watershed from its source at Mt. Rainier’s Nisqually Glacier to the Billy Frank Jr. Nisqually National Wildlife Refuge at its mouth

North Olympic Land Trust
A non-profit organization that works to maintain healthy habitats for plants, animals, and humans, sustainable use of resources, and the aesthetic beauty of the northern Olympic Peninsula

Our great outdoor spaces are the ancestral lands of the First Peoples who have inhabited them since long before the arrival of non-indigenous settlers with vastly differing cultures and ideals of land use.  To ensure an inclusive community for the earliest members of our society, it is important to recognize First Peoples’ stewardship and ongoing cultural and spiritual connection to the lands we now share in common.  One way to start is by simply acknowledging that the places where we live, work, and, yes, hike are the ancestral lands of the specific First Peoples of those places.  (For more information on indigenous land acknowledgement, see “Land Acknowledgement: Social Justice Where Hiking Trails and Social Media Meet.”)

Native-Land.ca
A guide to identifying and acknowledging indigenous ancestral lands in North and South America, Australia, New Zealand, the Caribbean, and elsewhere, including an interactive map, links to websites for individual indigenous communities, and a companion smartphone app for North America

WTU Image Collection
A guide to plants and lichens of Washington, developed by the University of Washington Herbarium

Flora and Fauna Northwest
An guide to Pacific Northwest wildlife, focusing on wildflowers and other plants

Native Orchids of the Pacific Northwest and the Canadian Rockies
A photographic record of native Cascadian orchids, including comparisons of subtle differences in species across varieties and habitats

PeakVisor
An on-line and smartphone app for identification of mountain peaks from any vantage with digital, interactive maps

Northwest Waterfall Survey
A guide specifically dedicated to waterfalls in Washington, Oregon, and Idaho, with directions to trailheads and waterfalls, information about specific waterfalls, and waterfall photography tips