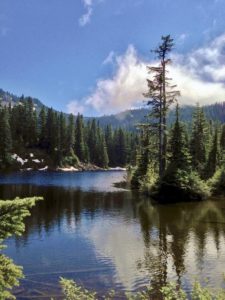 Several lakes in the southwest corner of the Alpine Lakes Wilderness, including Mason, Rainbow, and Island lakes, lie along the linked Ira Spring and Rainbow – Island Lakes trails that can be accessed from either end and by multiple trailheads.  By whatever route, the trails traverse varied terrain that includes woodland, meadows, boulderfields, and, of course, the wilderness area’s namesake lakelands.  Beyond the popular Mason Lake, the Ira Spring Trail connects to the much less travelled Rainbow – Island Lakes Trail, which offers a bit of backcountry quietude away from the crowds and the distant but constant rush of Interstate 90 that is common to many other trails along the South Fork Snoqualmie River Valley.

The western route to Mason, Rainbow, and Island lakes via the Ira Spring Trail, profiled here, crosses Bandera Mountain‘s lower, southern flank before continuing around to the lakes on its west and north.  In quiet forest scarcely 0.25 miles/0.40 km beyond Mason Lake, the Ira Spring Trail ends at its junction with the Rainbow – Island Lakes Trail and the Mount Defiance Trail. Per signage at the junction, the Rainbow – Island Lakes Trail continues east through dense forest to another clutch of lakes between Pratt Mountain and Bandera Mountain.

The lakes can also be accessed farther east from the trails to Talapus Lake and Pratt Lake by crossing the Pratt Mountain Saddle and visiting the lakes in reverse order via the Rainbow – Island Lakes Trail.  From the Talapus Lake trailhead, the round-trip to and from Mason Lake is 8.70 miles/14.00 km; via the Pratt Lake trailhead, the round-trip distance to and from Mason Lake is just slightly longer at 9.20 miles/14.80 km.

The Ira Spring Trail is named in honor of Ira Spring, a local nature photographer, author of numerous hiking guides, and advocate of wilderness preservation through public access.  At a time when many argued that nature could only be conserved in the isolation of restricted access, Ira Spring was a leader in the creation of the well-developed and -maintained trail system enjoyed throughout Washington today. From its trailhead, the Ira Spring Trail begins gently enough on the remains of a fern-lined gravel road beneath dense, deciduous forest before veering steeply upward at approximately 1.60 miles/2.60 km from the trailhead. Ira Spring Trail, July 09, 2016. 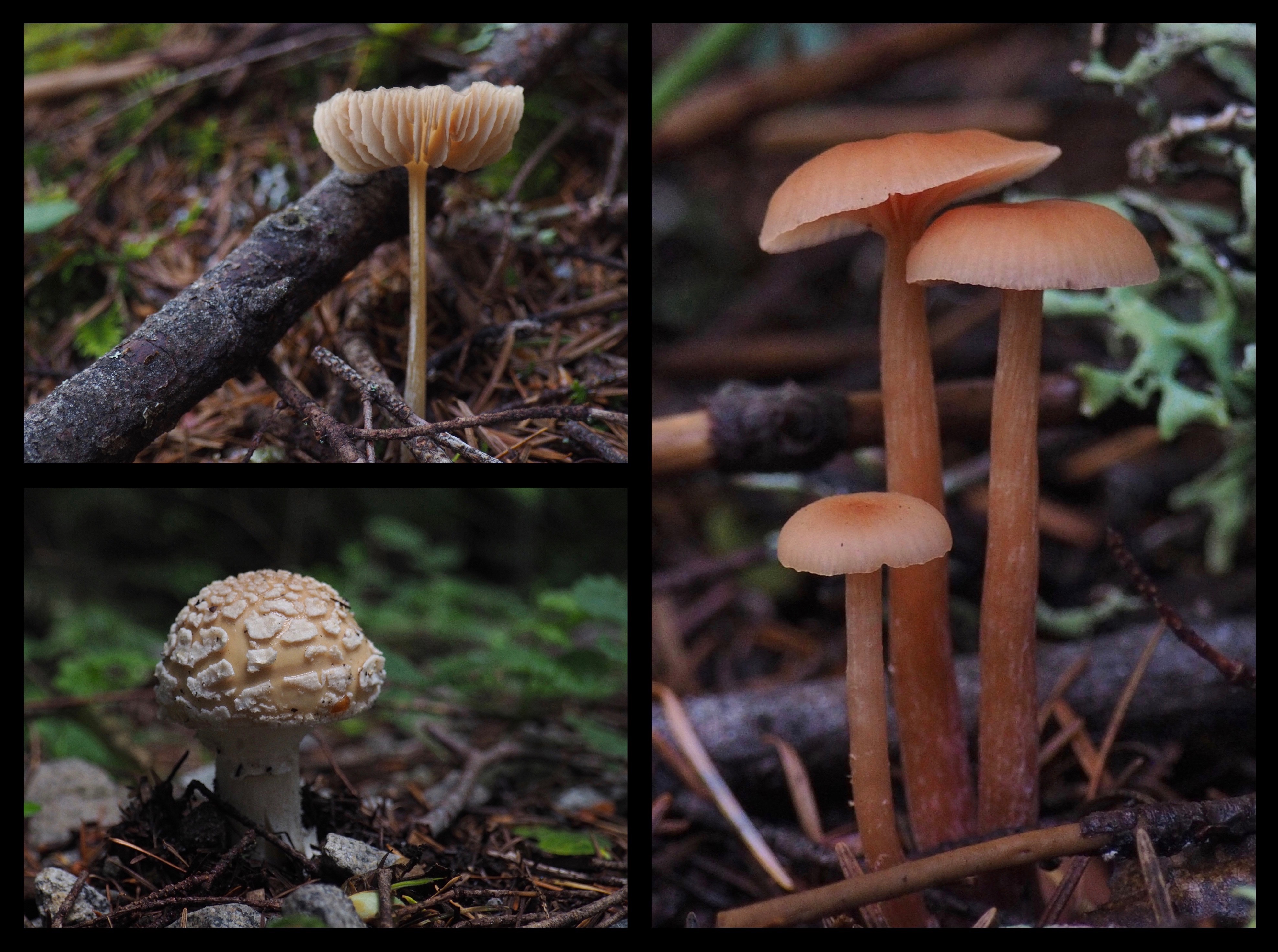 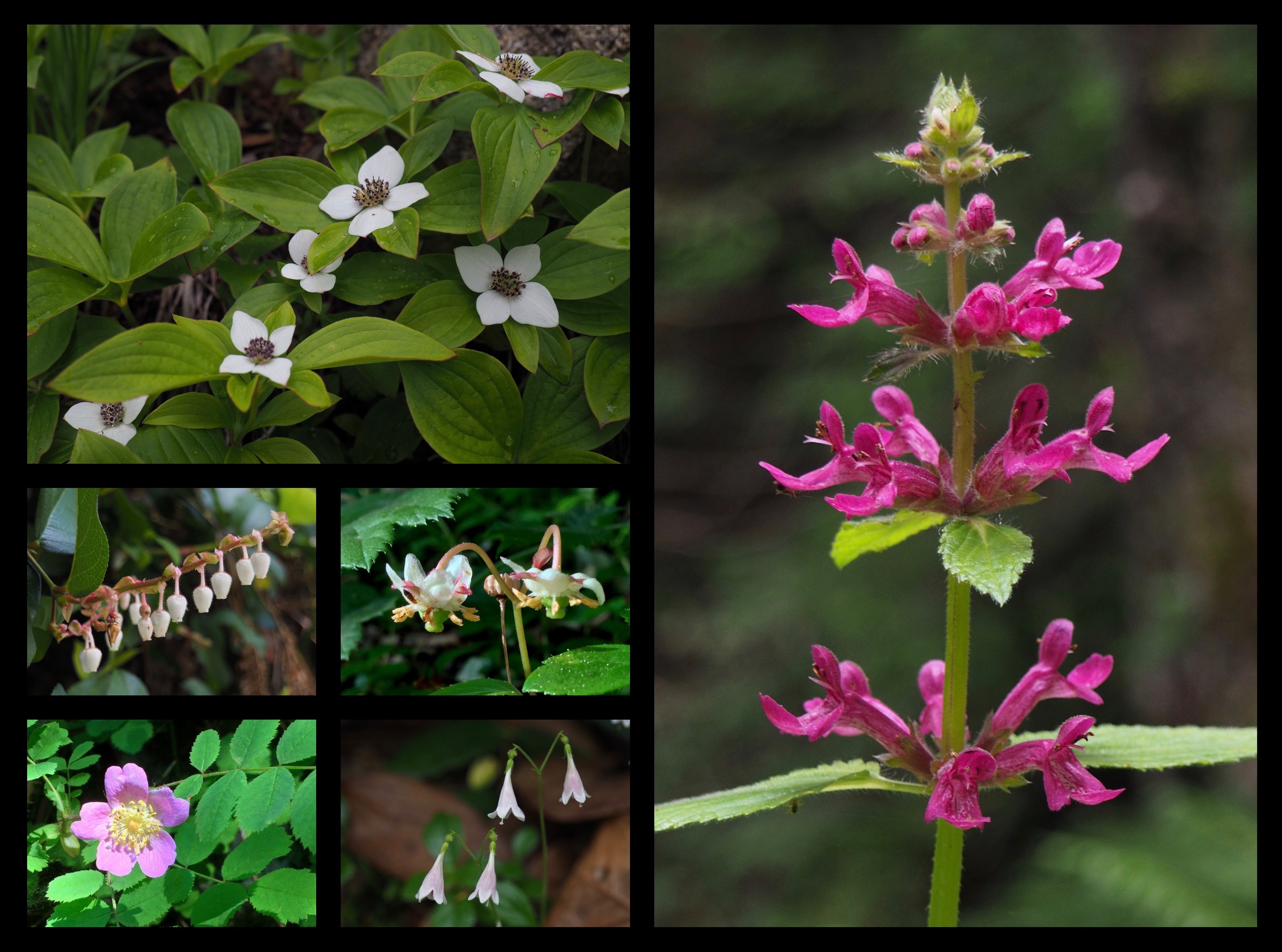 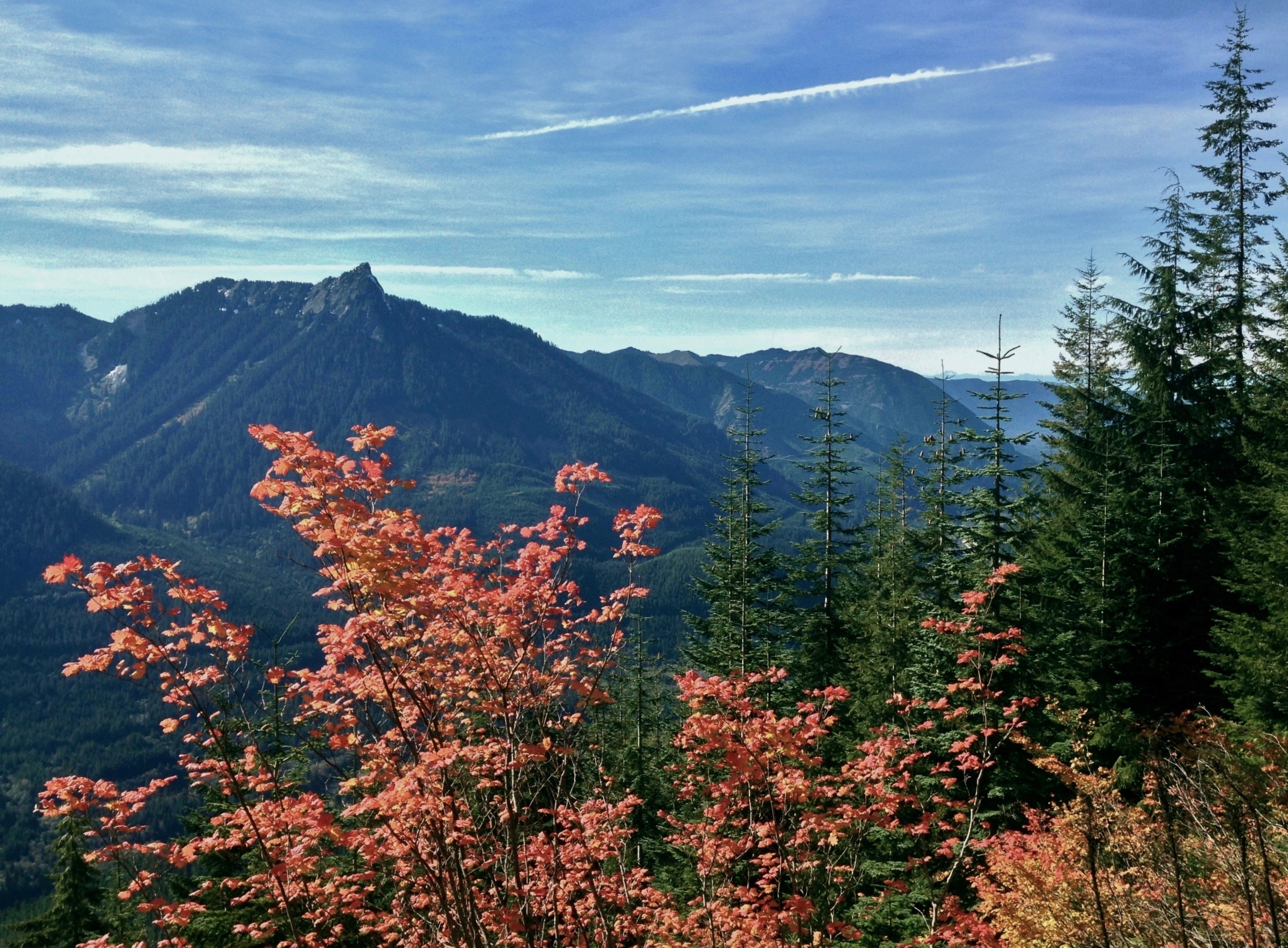 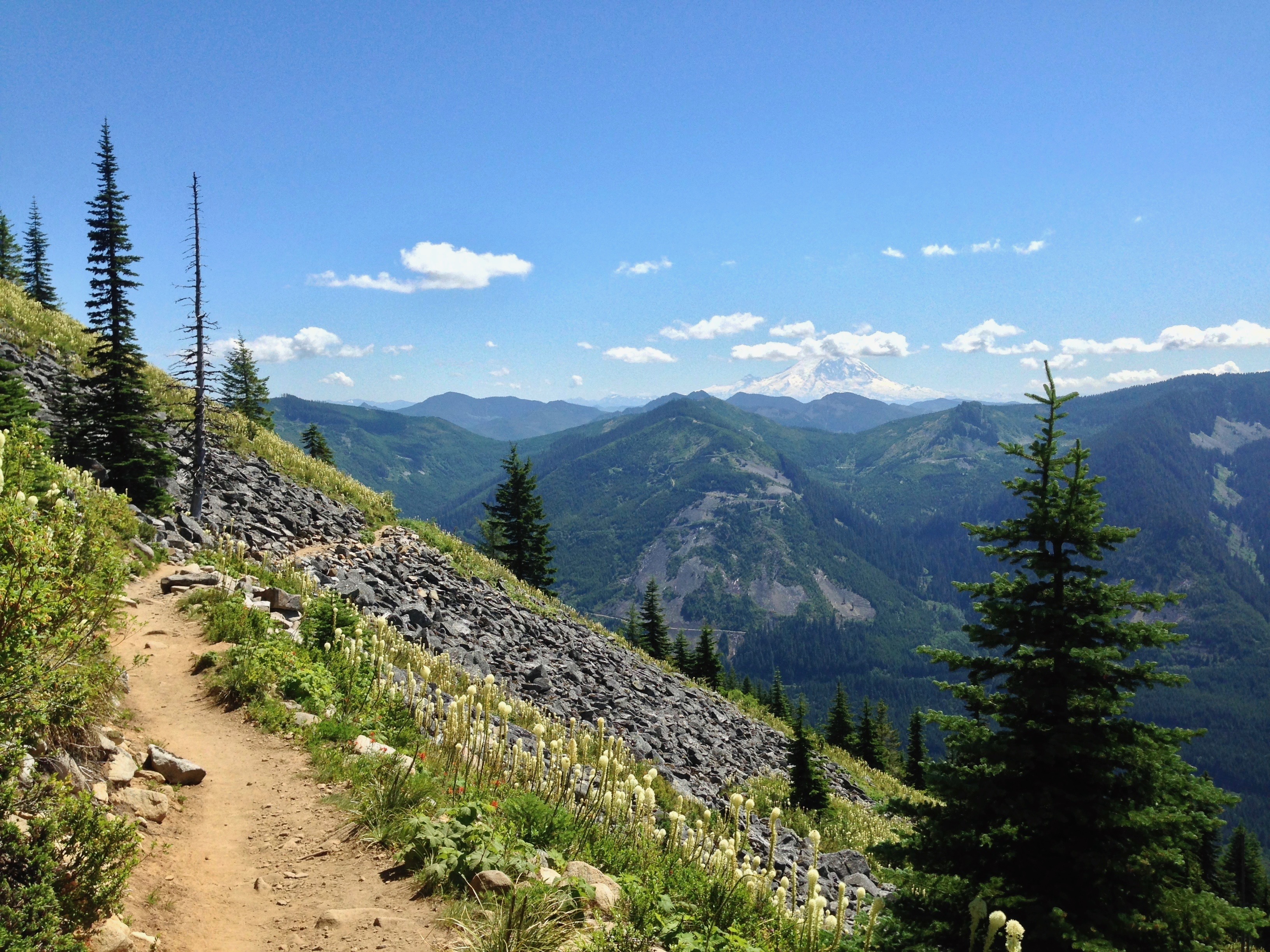 Above the treeline, the trail flattens as it continues across Bandera Mountain‘s open flank, where a backward glance affords a picturesque glimpse of Mt. Rainier rising to the southeast.
Ira Spring Trail, July 09, 2014. 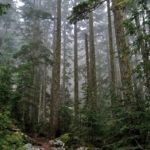 Upon passing Bandera Mountain, the Ira Spring Trail enters the Alpine Lakes Wilderness, set aside by Congress for preservation in its natural state with minimal human imprint.  (“A wilderness . . . is hereby recognized as an area where the earth and its community of life are untrammeled by man, where man himself is a visitor who does not remain.”  Wilderness Act of 1964).  While signing the act creating the Alpine Lakes Wilderness – against stiff opposition – U.S. President Gerald Ford reportedly commented “Anywhere so beautiful should be preserved.”  And so it is.   This corner of the Alpine Lakes Wilderness especially exemplifies its name, dotted everywhere with mountain lakes, ponds, and bogs. 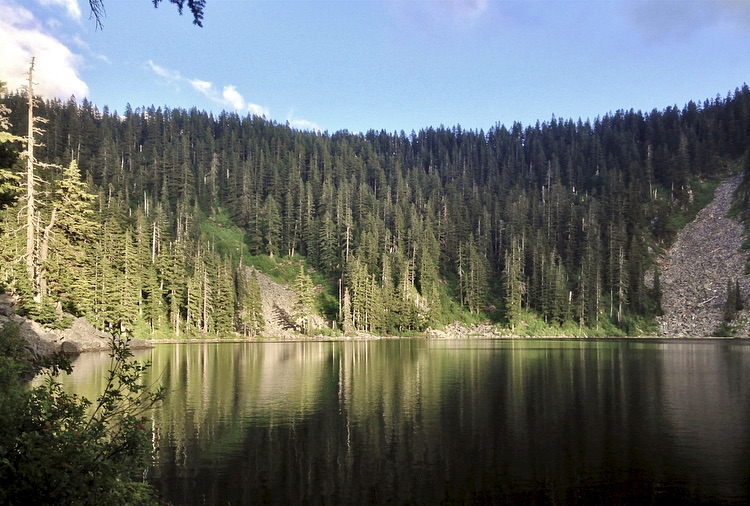 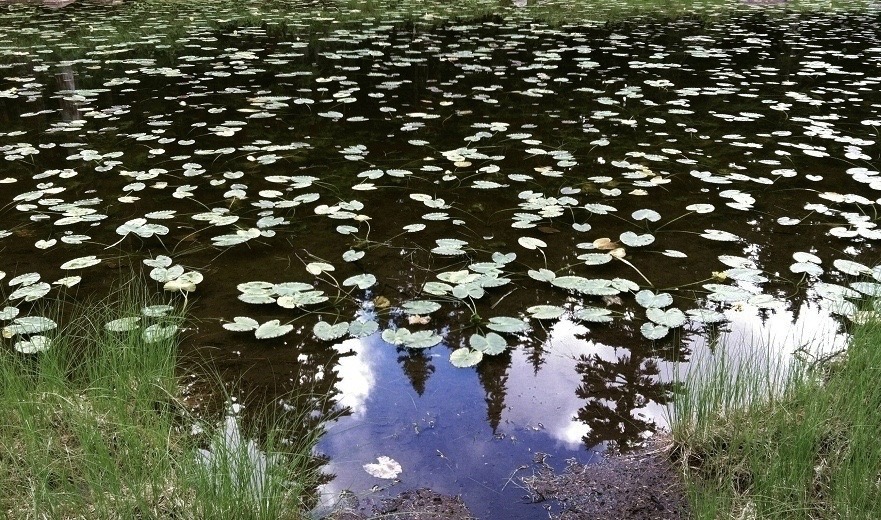 The forest gazes down upon its reflection in a lily pond along the boot path to Little Mason Lake. Ponds paved with the classic lily pad leaves and unusual blooms of the spatterdock, or, yellow pond lily (Nuphar polysepala) are a common feature of this corner of the Alpine Lakes Wilderness.
Ira Spring Trail, September 10, 2012. 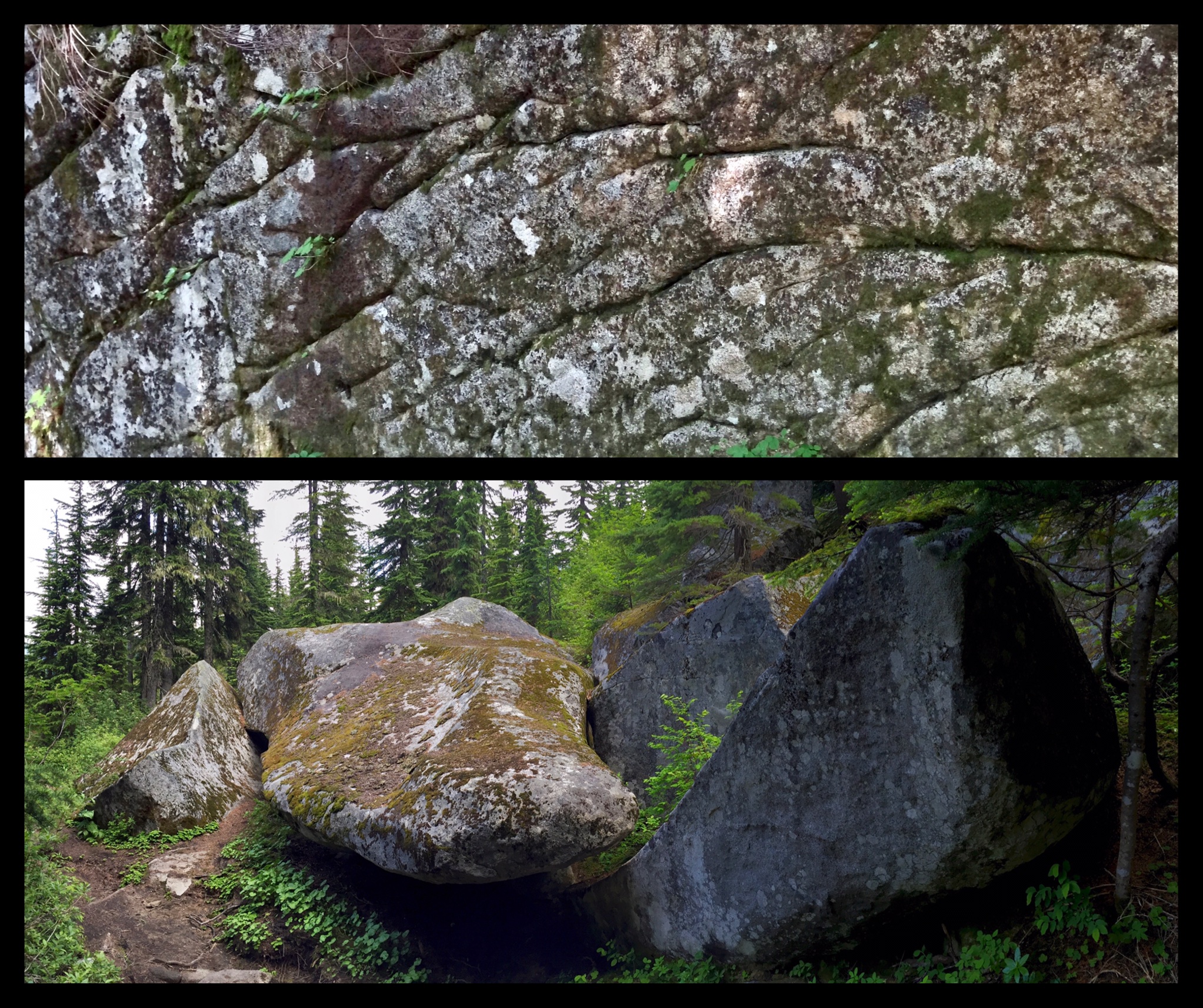 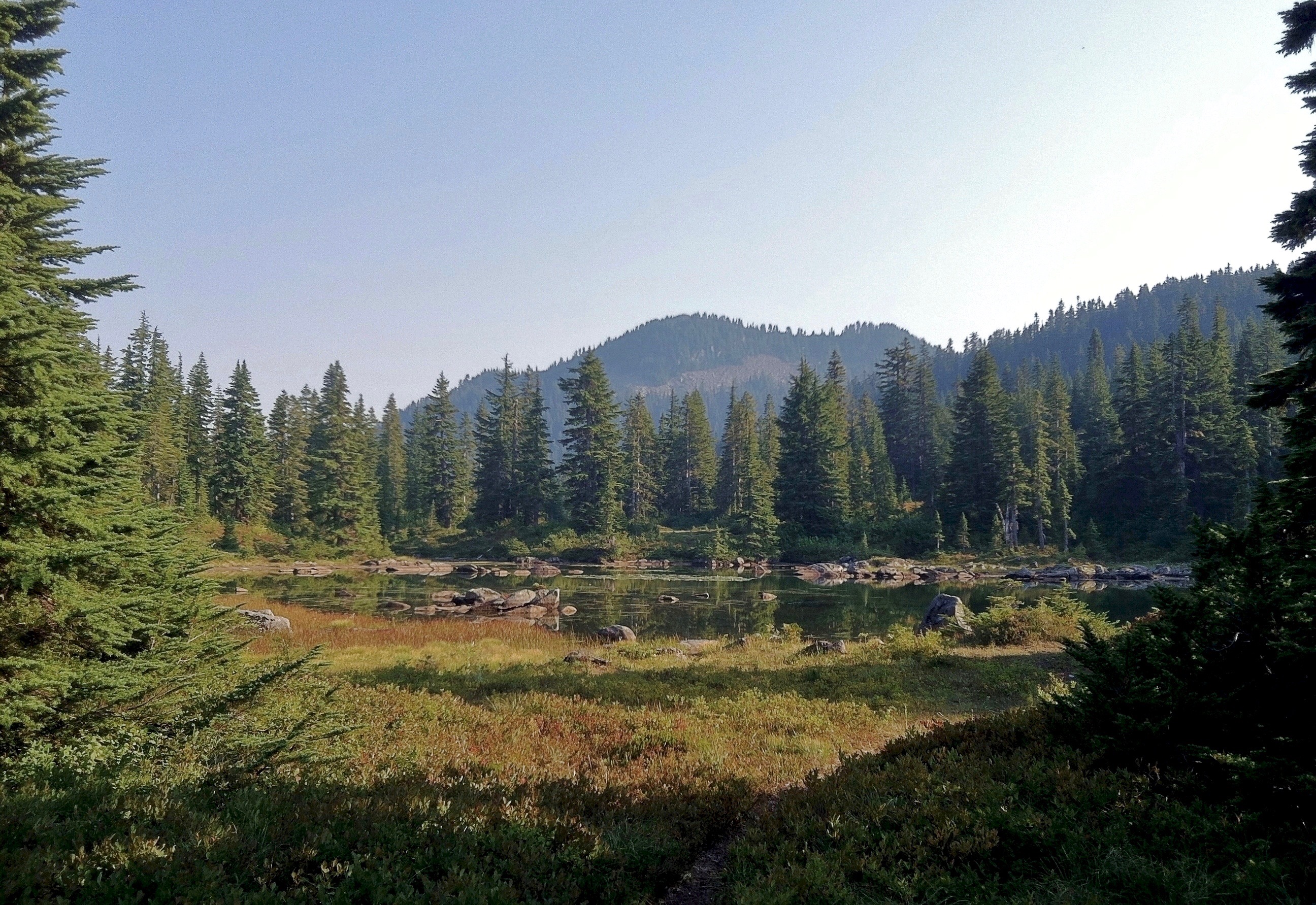 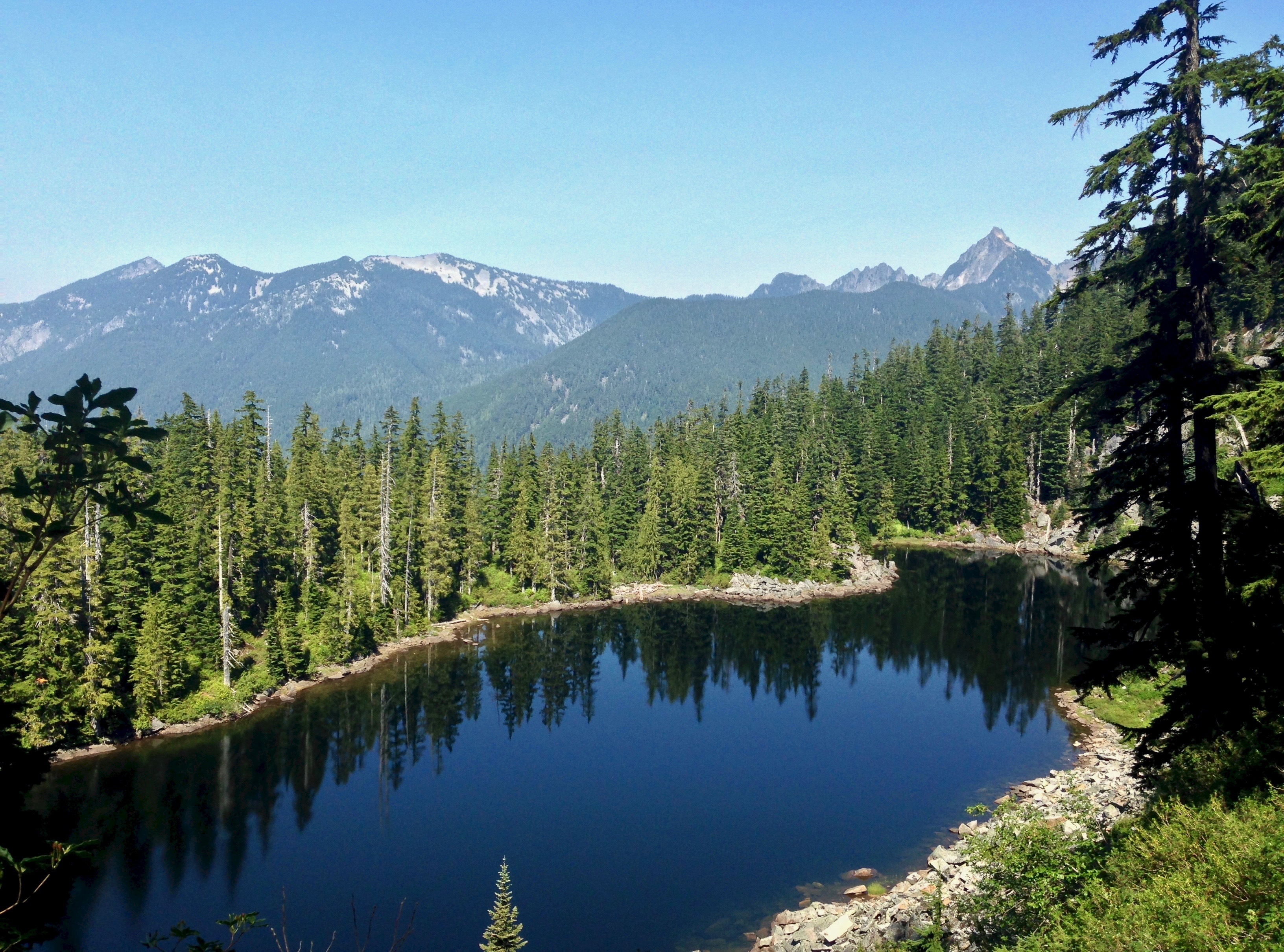 A scant 1.00 mile/1.60 km from Sir Richard Pond, the trail crosses a couple of boggy, frog-rife streams. A barely visible boot path follows the second outlet stream north (left) a few hundred feet/150 meters around a verdant lily pond and over a ridge to an unexpected view of Blazer Lake, completely obscured by the forest along the main trail. Rainbow – Island Lakes Trail, August 10, 2014. 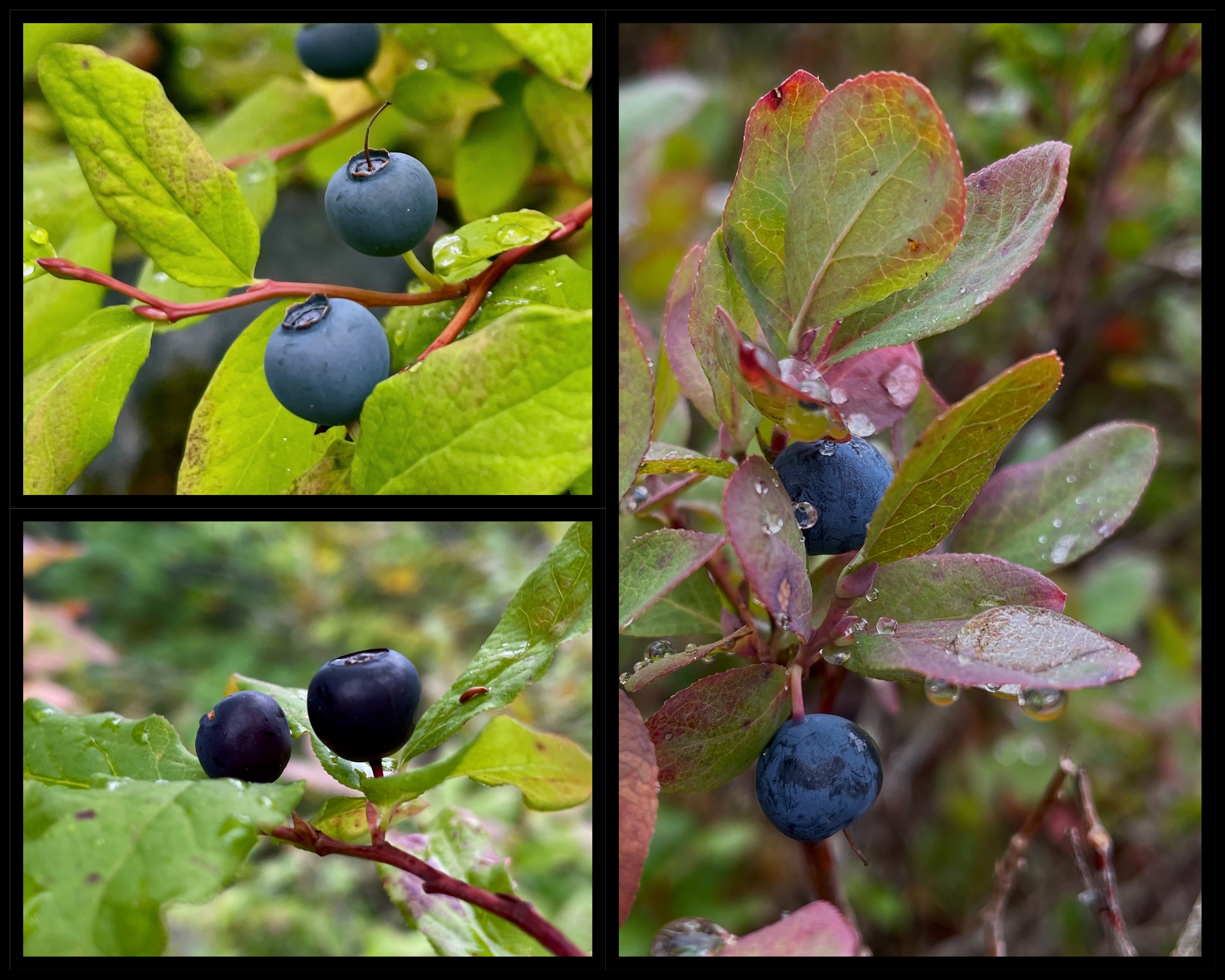 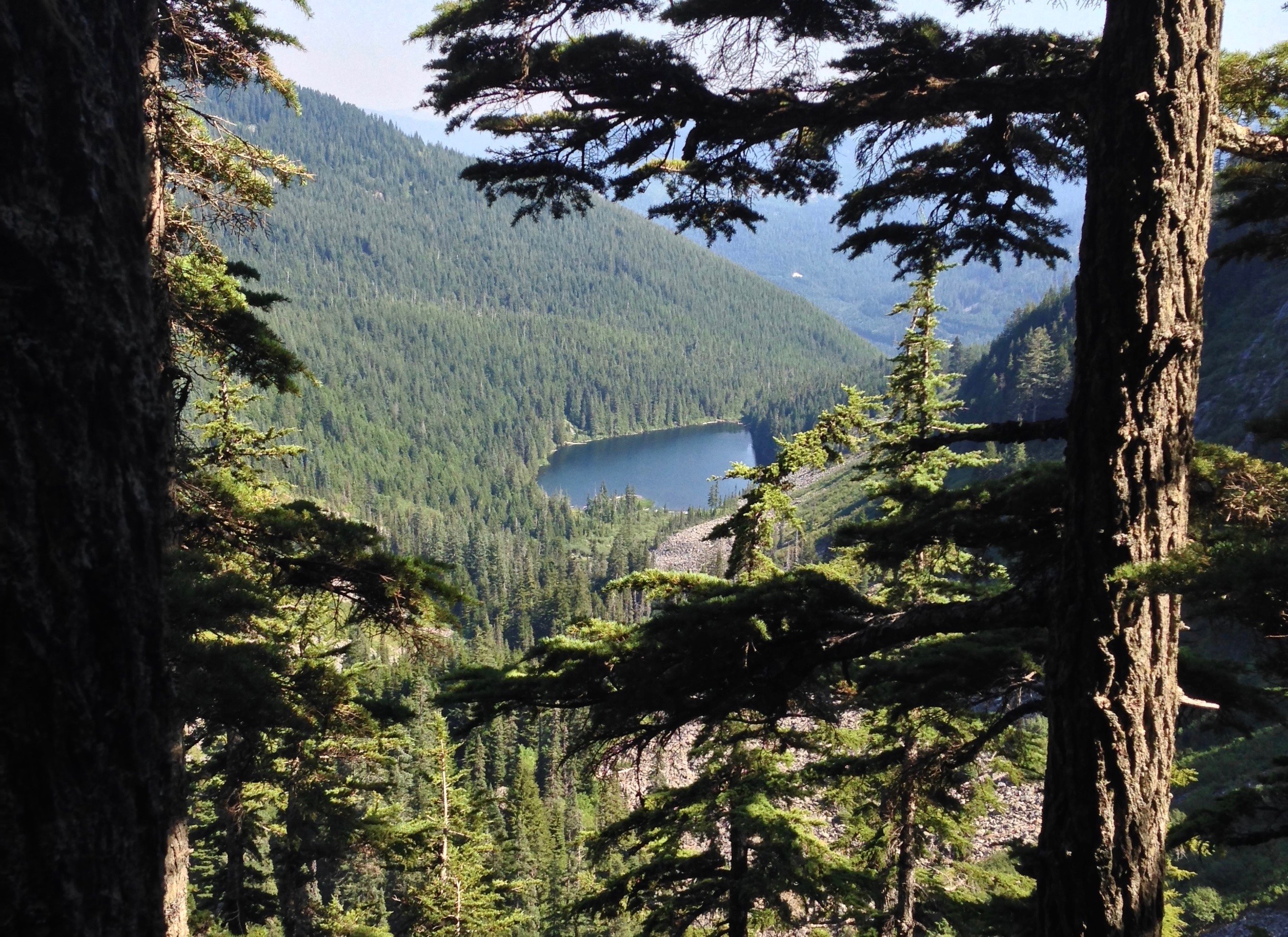 Just before reaching Island Lake, the ridgetop side trail affords a peekaboo view of Talapus Lake lying far down the valley below, where Island Lake’s waters next pause before continuing their journey.
Rainbow – Island Lakes Trail, August 10, 2014. Island Lake is set in a deep, rocky basin at the northern foot of Bandera Mountain and bordered round about by forest. Its eponymous “islands” are a couple of rock ridges that scarcely break the waters’ surface, some capped by a tiny trees and other vegetation.
Rainbow – Island Lakes Trail, August 17, 2014. A small, unforested spit below the campground on Island Lake’s shore affords a view of the placid waters beyond. Rainbow – Island Lakes Trail, August 10, 2014. 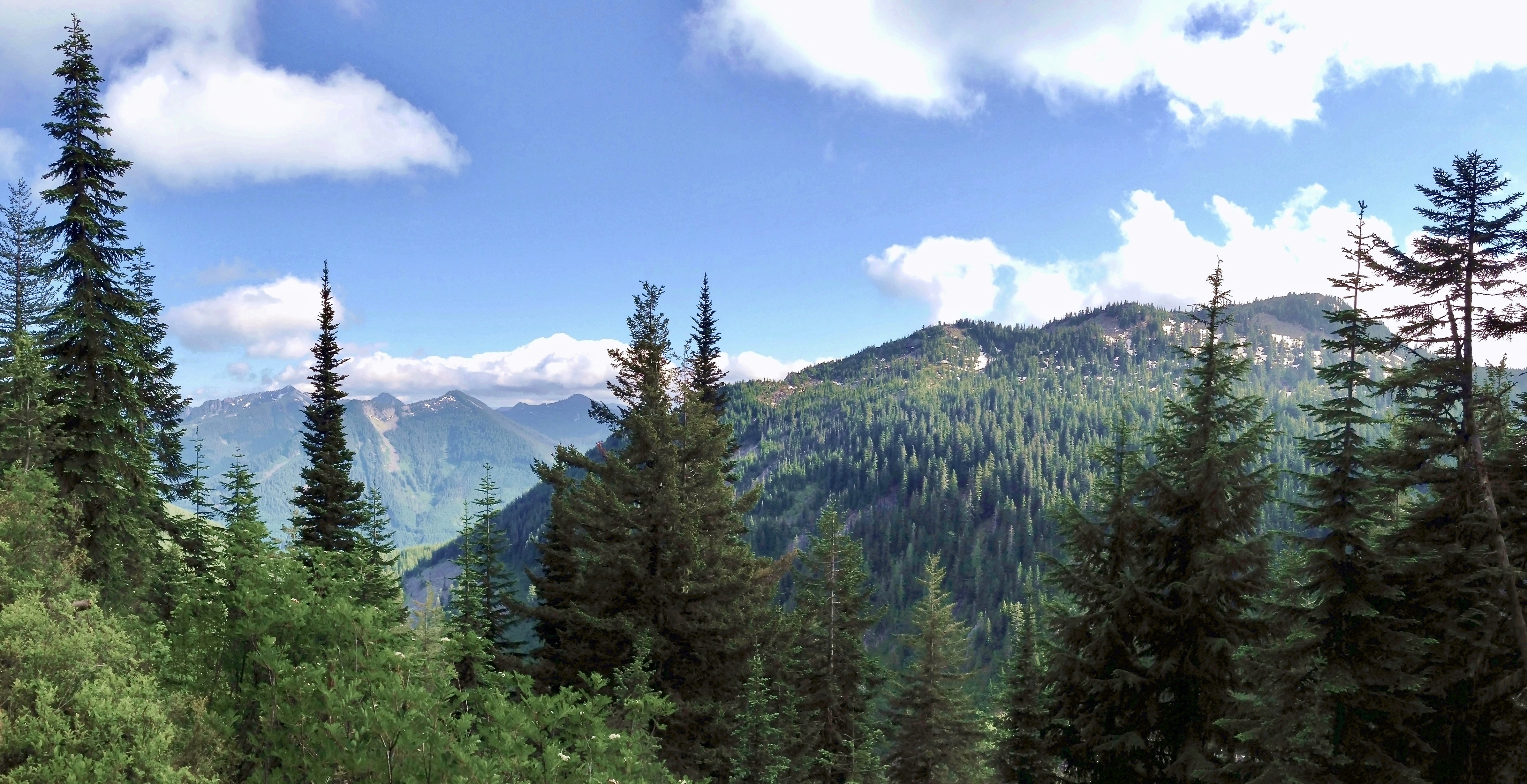 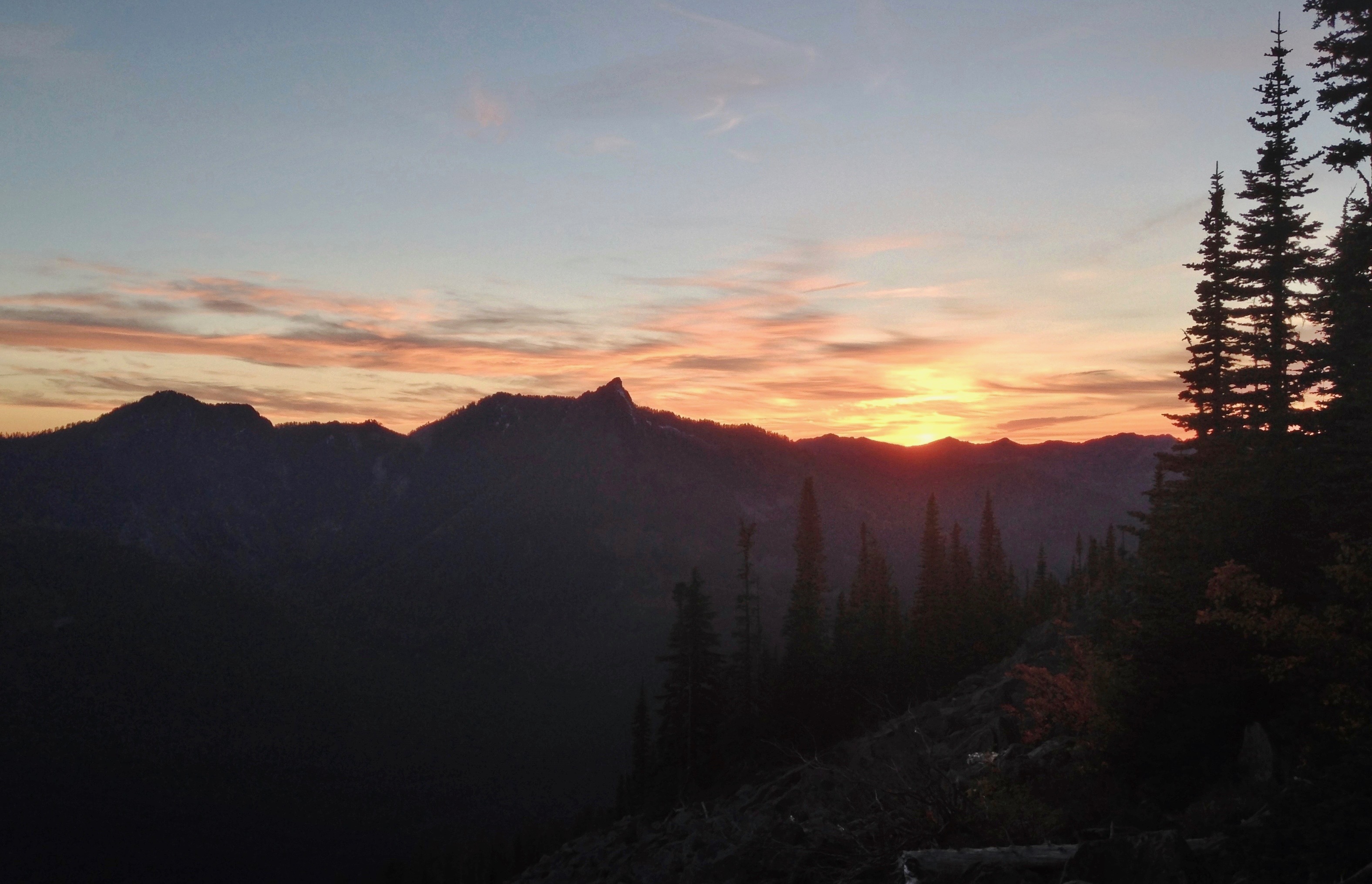