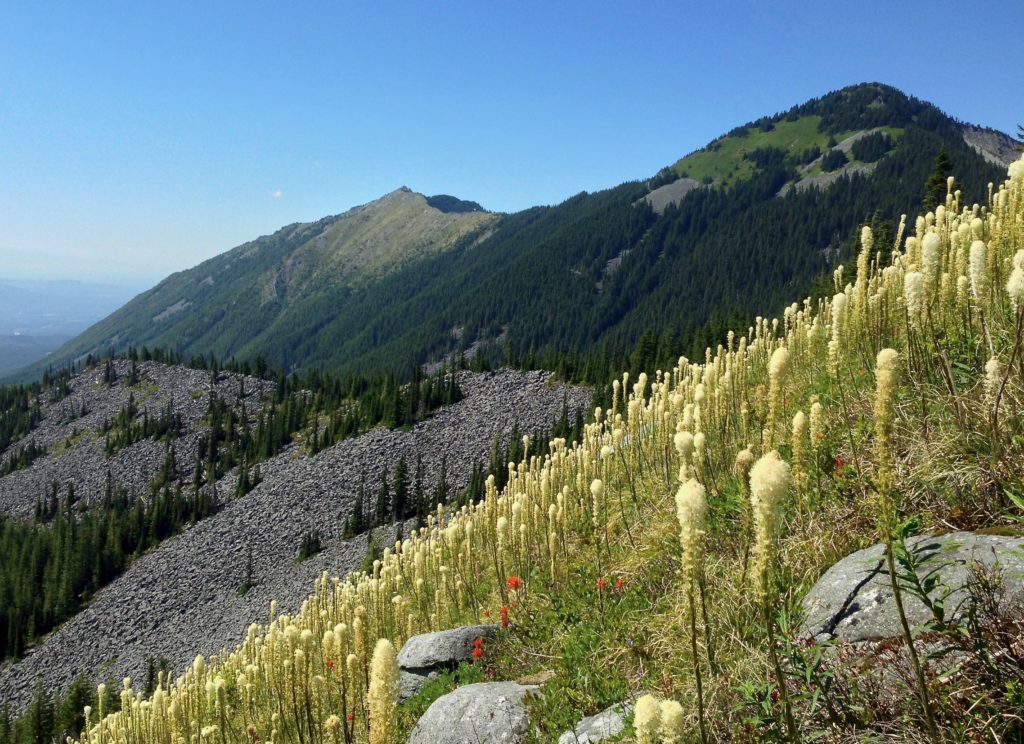 In a quiet glade just beyond the popular Mason Lake, the trail to Mount Defiance departs the Ira Spring Trail and begins its steady climb up the mountain’s heavily forested spine, only relenting in its ascent to cross a high alpine meadow before redoubling its upward thrust in its final approach to the summit.  Few others venture this far or this high.  From the mountain’s stone pinnacle, views take flight in every direction, encompassing thumbprint lakes nestling about its feet, the South Fork Snoqualmie River Valley riven along its southern flank, and snow-tipped Cascade peaks stretching northward, eastward, and southward as far as the eye can see. Like Bandera Mountain, its neighbor to the east, Mount Defiance hosts a brief, early summer spectacle of wildflowers in the steeply pitched meadow that spans its upper swath.

The trail commences at the Ira Spring trailhead, which also provides access to Bandera Mountain, Mason Lakes, Rainbow Lake, Island Lake, and other destinations by connecting trails.  This profile begins approximately a quarter mile/0.40 km beyond Mason Lake, where the trail branches southwest from the Ira Spring Trail, as indicated by a small sign.  The trail’s round-trip distance to and from the Ira Spring trailhead is approximately 11.00 miles/17.70 km.  Beyond Mason Lake, throngs of hikers thin to very few, affording rare opportunity for wilderness quietude not far from civilization.  Some may find trekking poles helpful in navigating the trail’s steep grade, especially near the summit where the terrain is loose and rocky and when snow is present. Along much of the trail, Mount Defiance is clad in a dense wood of mountain hemlock (Tsuga mertensiana). From carpet to canopy, the lush woodland supports layers of life. Note how the shaggy wisps of moss-like lichen that clothe the forest columns are curiously absent at a consistent level just above the ground, where the lichen is likely nibbled away by deer and elk in the winter months when other sustenance is scarce. Mount Defiance Trail, July 09, 2016. 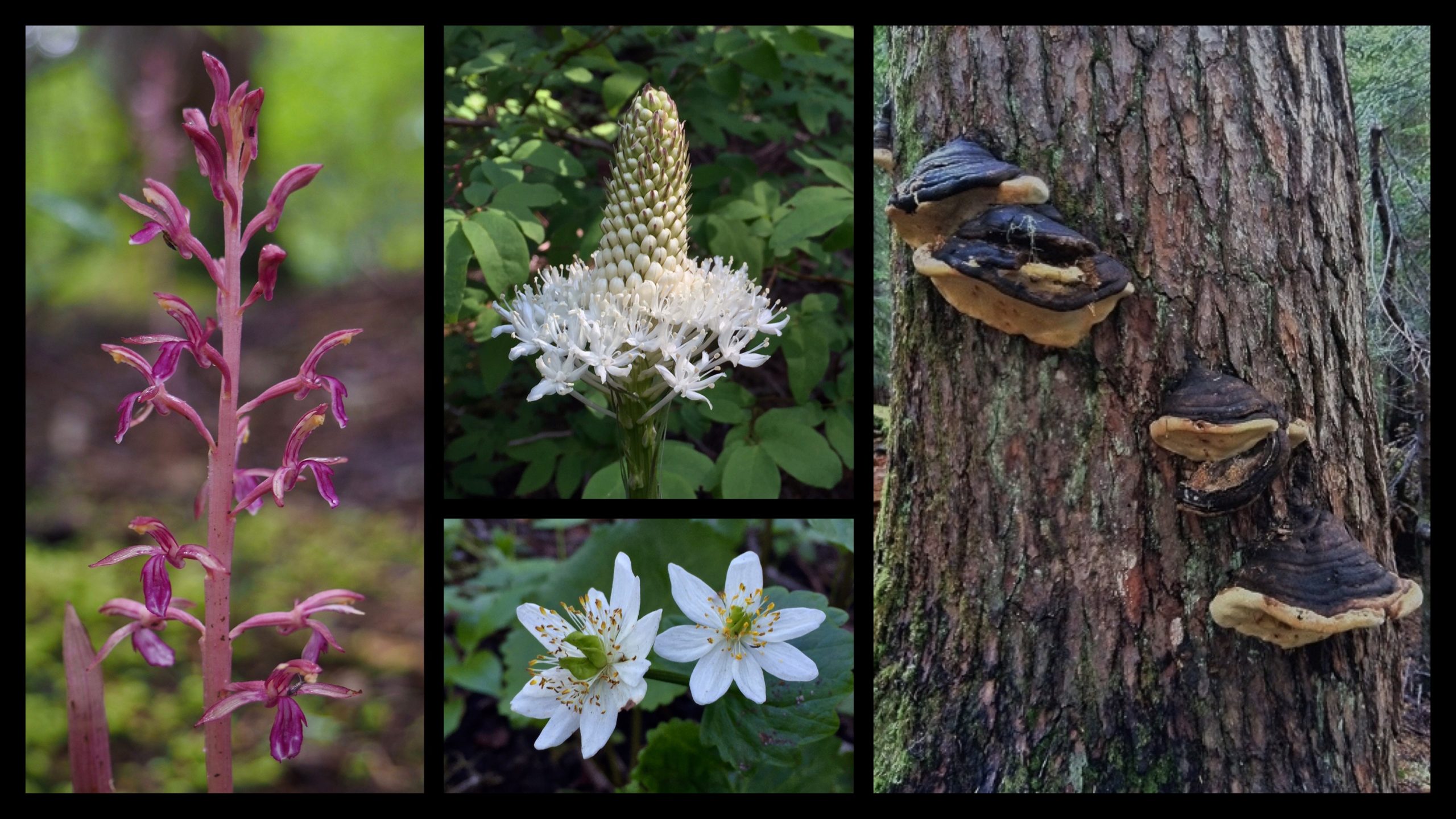 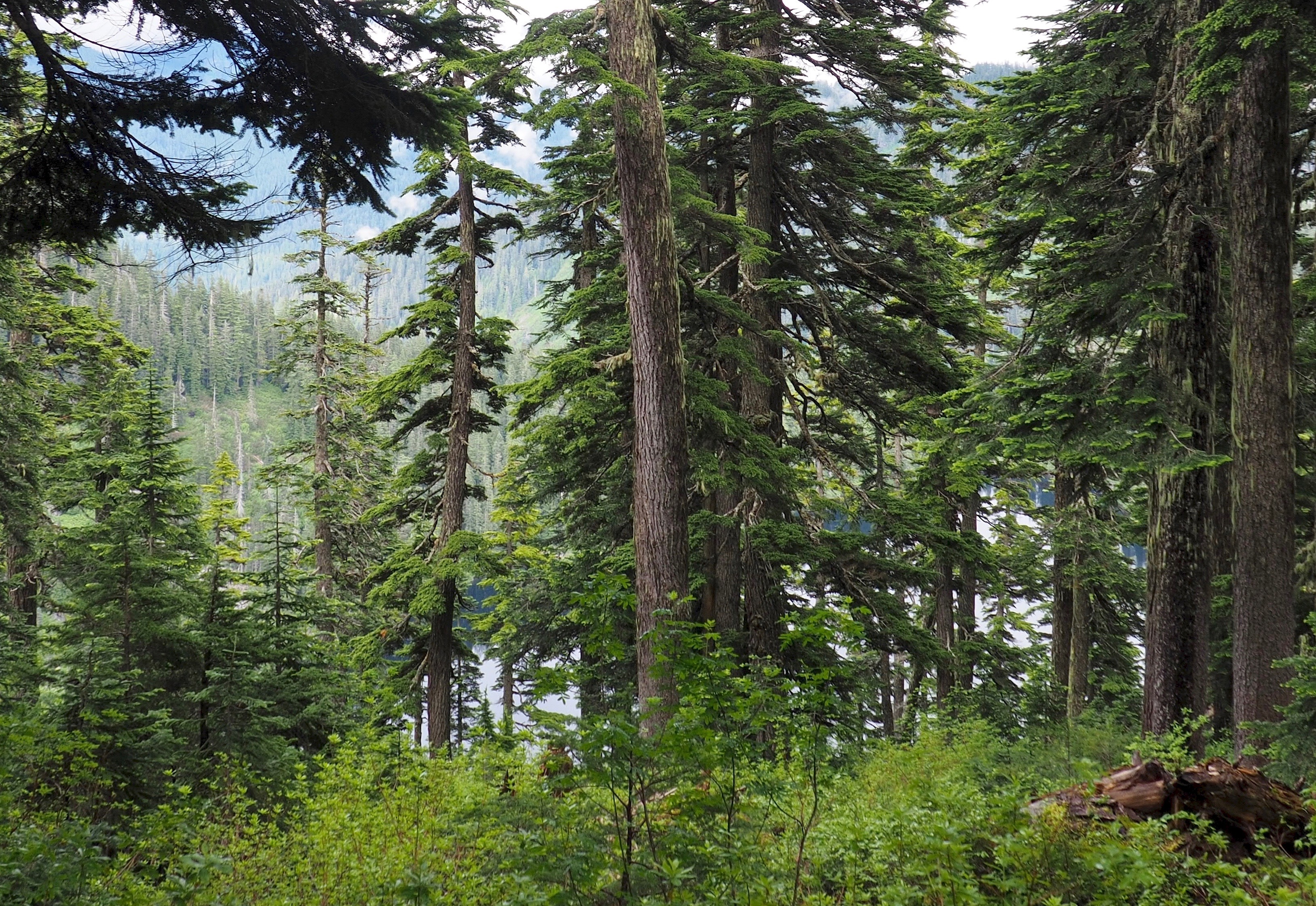 Midway up the trail, Lake Kulla Kulla’s sheen appears just beyond the forest fringe, although it never comes fully into sight. However, in preparation for the bird’s-eye views to come, take note of how near it seems now. (And, do not attempt a detour to Lake Kulla Kulla, as it is walled by cliffs and treacherous boulderfields with no trail access.) Mount Defiance Trail, July 09, 2016. 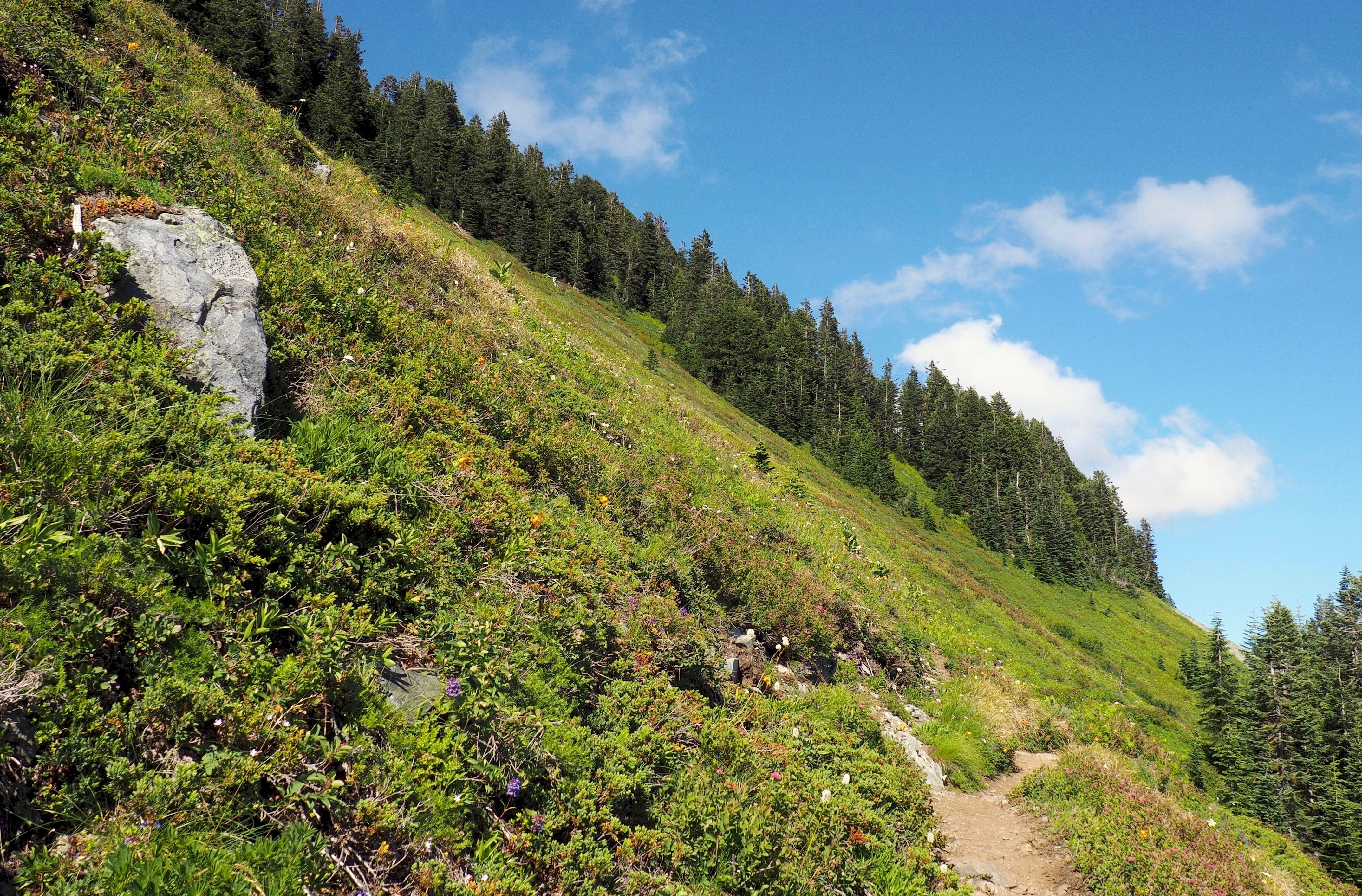 Nearing the summit, the trail departs the relentlessly steep eastern ridge and traverses the massive meadow on the mountain’s southern flank, providing welcome relief before it resumes its ascent up the western spine. Mount Defiance Trail, July 02, 2016. 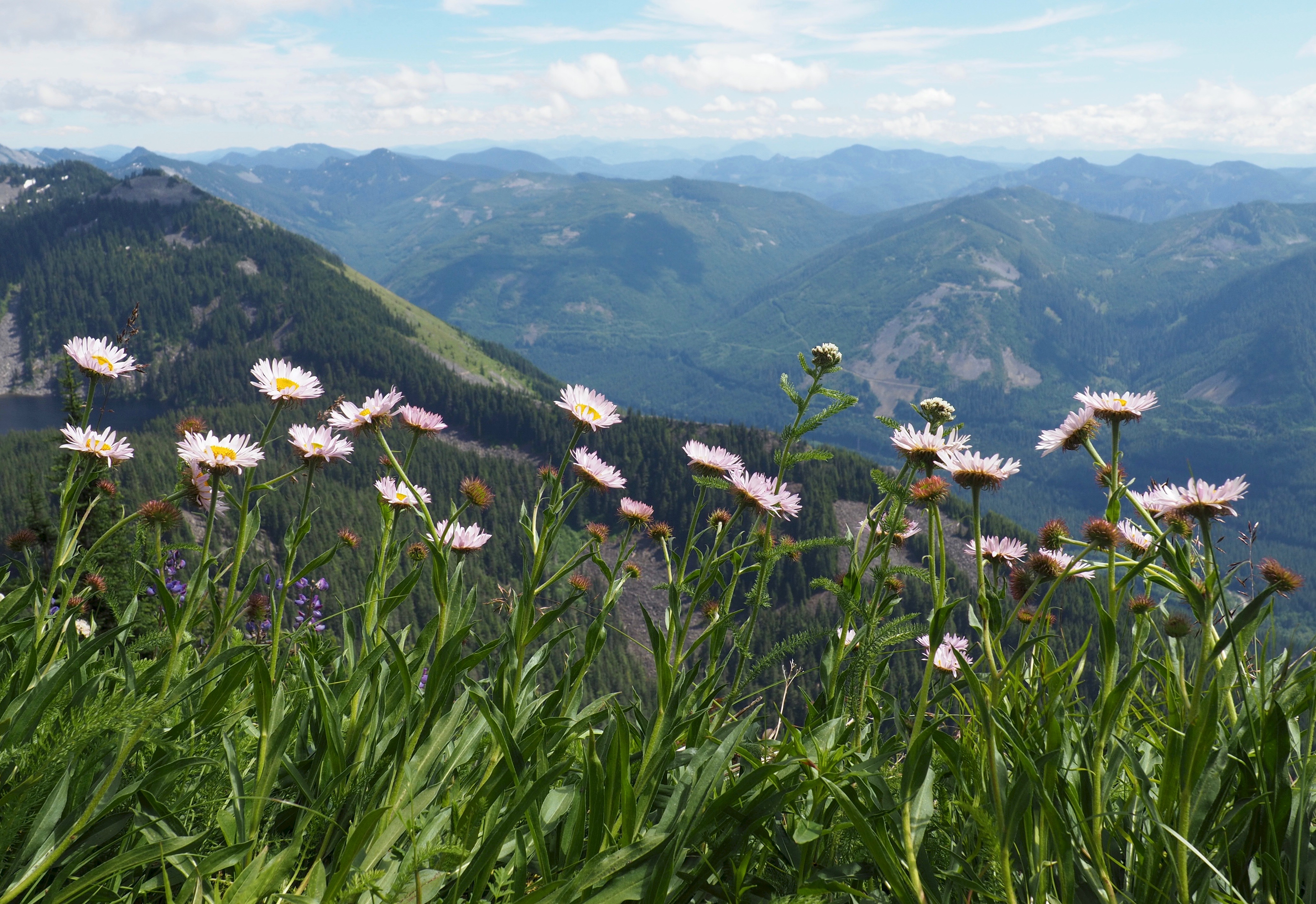 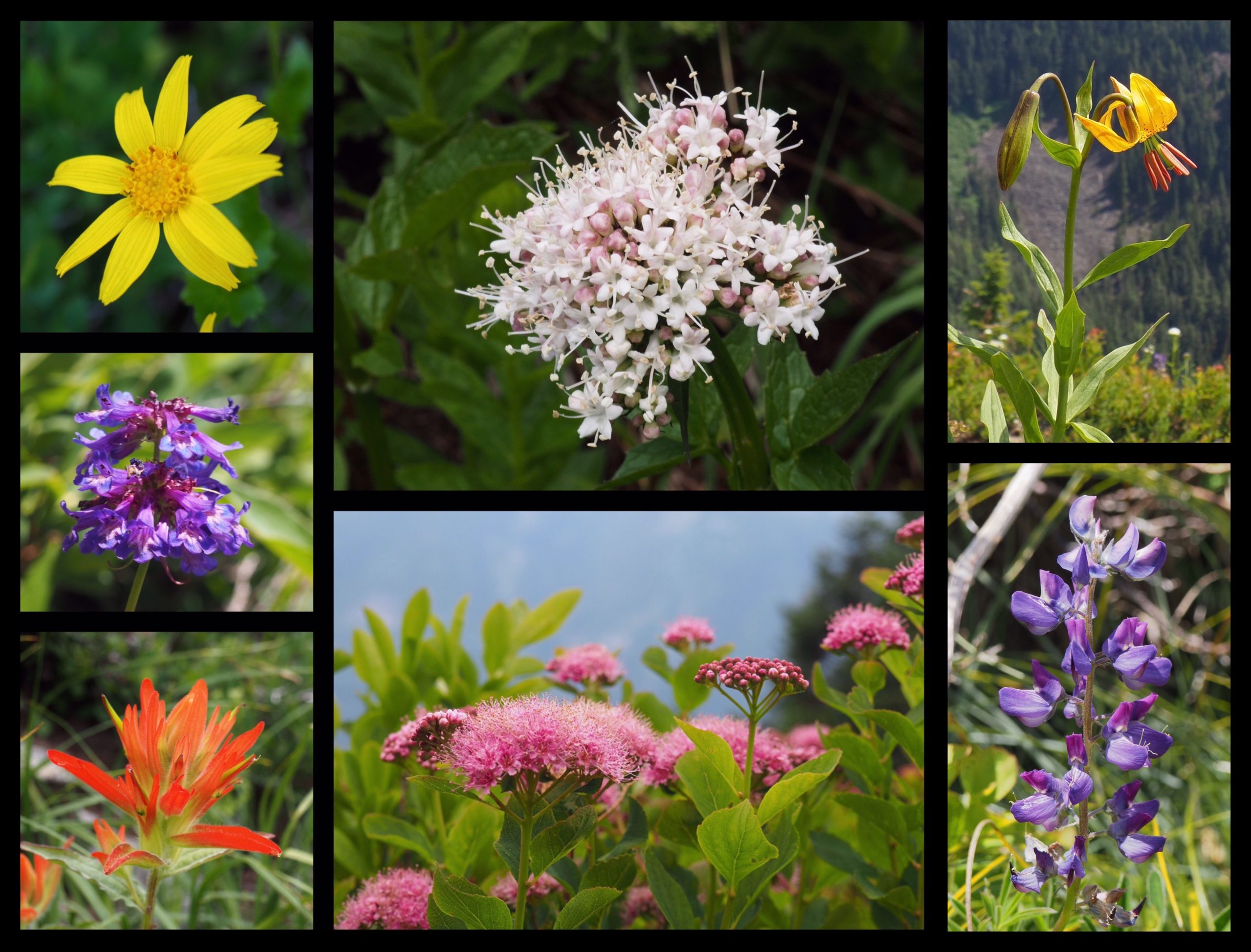 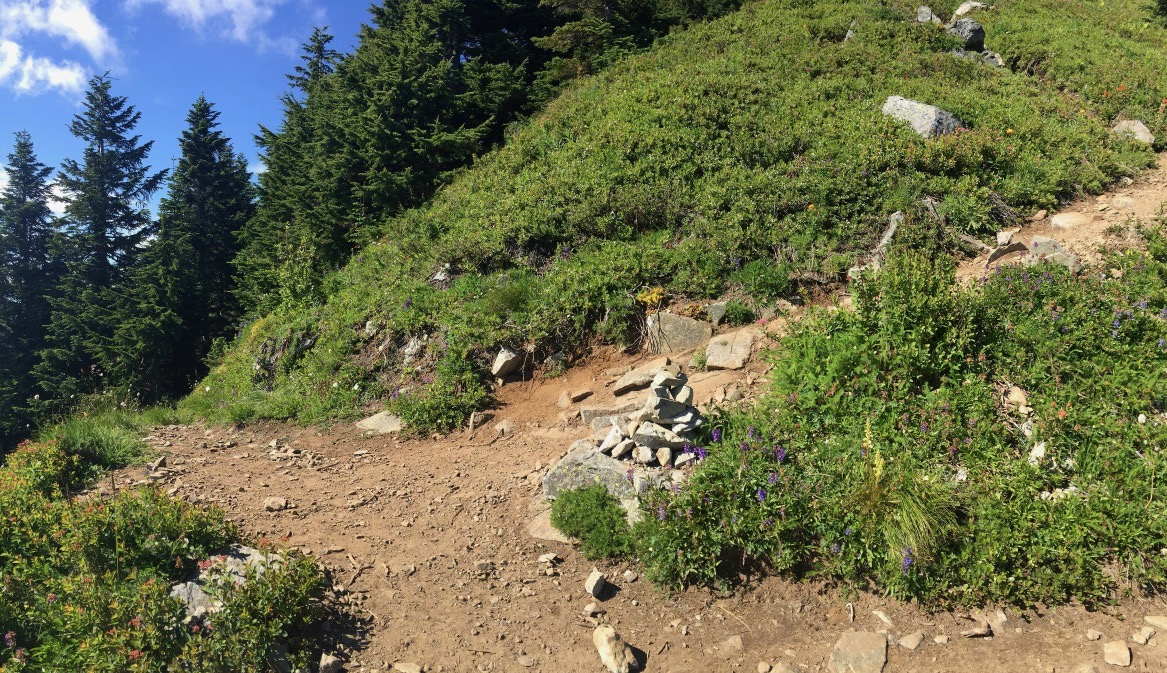 At the far end of the meadow, watch for an easily missed fork in the trail and be sure to take the rightward path, sometimes marked by a small cairn, that veers almost backward and up a short but steep incline of boulders and loose gravel to the summit of Mount Defiance. Continuing straight, the left fork leads approximately 4.00 miles/6.40 km to Thompson Lake.
Mount Defiance Trail, July 02, 2016. From the cloud-rooved summit, the altitude achieved is proven by the view back down upon the thumbprints of the now faraway lakes passed along the way: Lake Kulla Kulla, Little Mason Lake, and Mason Lake. Mount Defiance Trail, July 02, 2016. 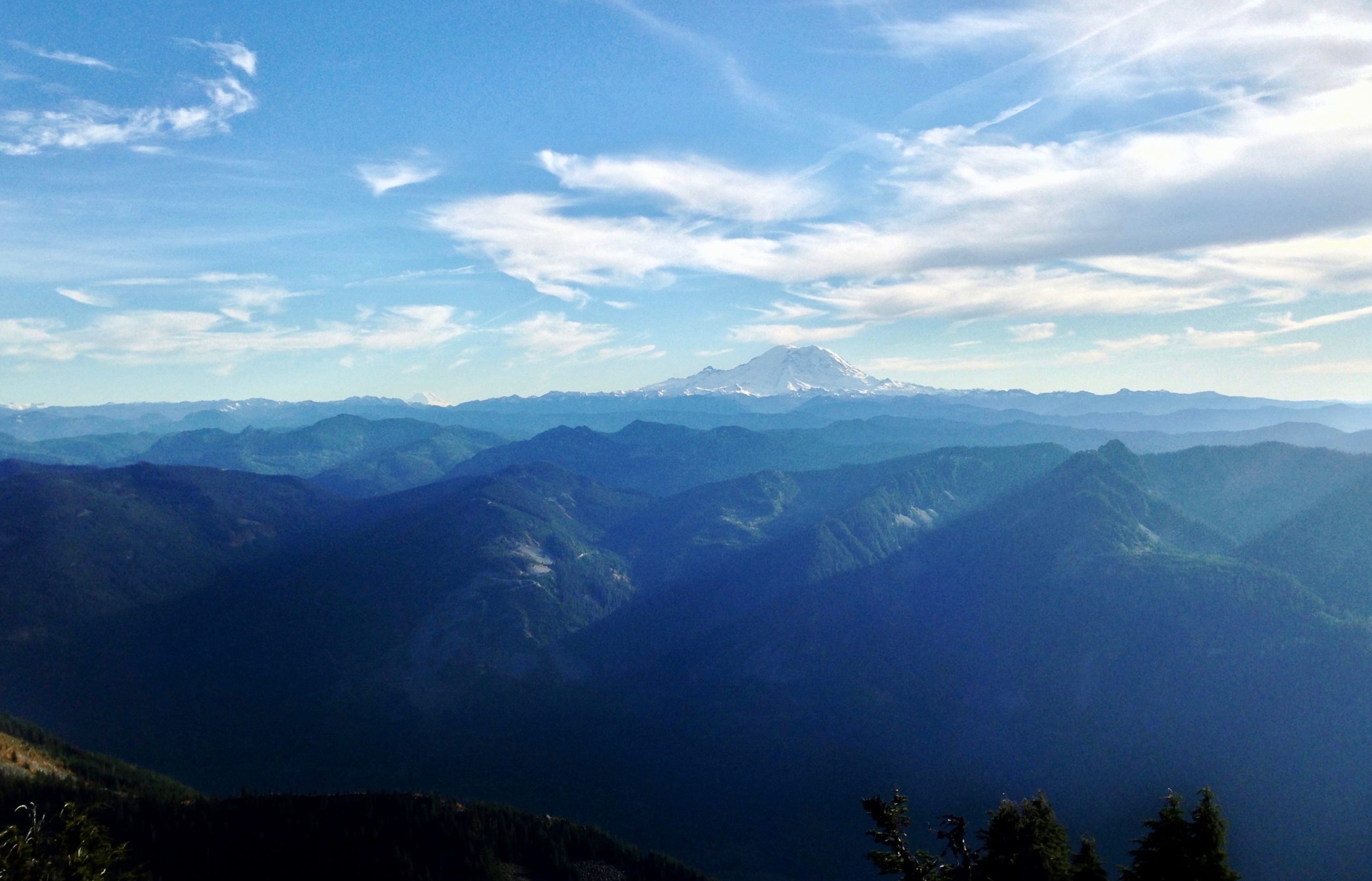 From the summit, rank upon rank of mountain ridges reach south to Mt. Rainier and, barely visible above the horizon, Mt. Adams. Mount Defiance Trail, October 05, 2013. 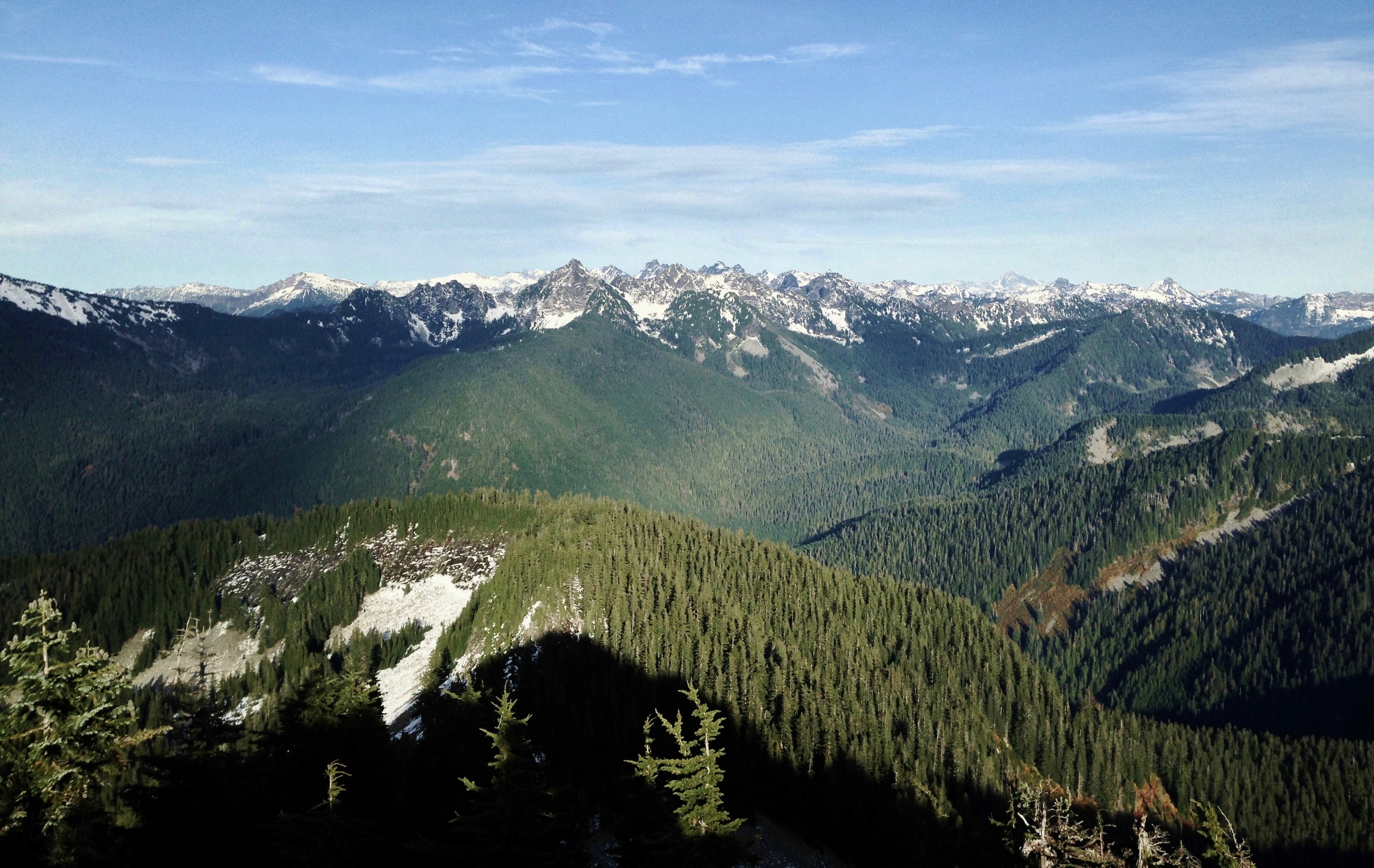 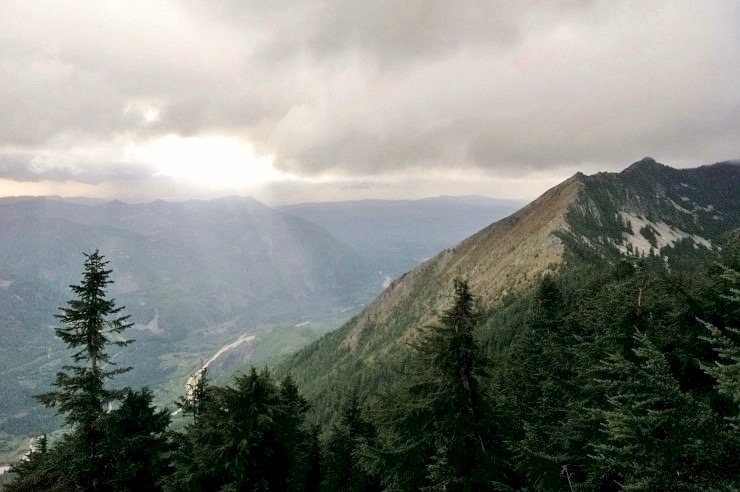 A sunburst spotlights the South Fork Snoqualmie River Valley below the lower western ridge of Mount Defiance. The prominent point at the far end of the ridge that slopes west of Mount Defiance is Putrid Pete’s Peak, reportedly named in honor of Pete Schoening, a local mountaineer famous for quick action that saved five fellow climbers from certain death on K2 in 1953.
Mount Defiance Trail, September 10, 2012.