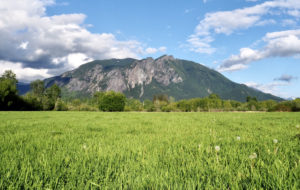 East of Seattle’s greater metropolitan area, q̓əlbc̓, also known as Mount Si, rises as the first of many Cascade peaks to come.  Its trail climbs steadily and steeply through deep woodland shade until it reaches the rocky, often windswept summit with views stretching down the Snoqualmie River Valley to the skyscrapers of Bellevue and Seattle, Washington, the glimmering waters of Puget Sound, and the snow-tipped peaks of the Olympic Mountains beyond.  For many locals, Mount Si is the standard comparator for other hikes and, given its rigorous elevation gain (3,150 feet/960 meters in 4.00 miles/6.40 km), is used by many to build endurance while training to ascend higher peaks.  In addition, this craggy alpine summit’s close proximity to urban areas (only 32.00 miles/51.00 km from Seattle, Washington) renders Mount Si a popular hiking destination.  Come early and be prepared to appreciate the company of others or try hiking this local favorite on a less-crowded weekday.

To vary your route and enjoy a bit more solitude (and distance), try either the Douglas Fir Trail or the Old Si Trail that branch from Little Si‘s Boulder Garden Loop and connect to Mount Si’s main trail at various points.  Vary it further by detouring onto Mount Si’s Talus Loop, which provides alternate routes to the summit and to nearby Mount Teneriffe and Teneriffe Falls.  (Check out the “trail map” link on the Washington Department of Natural Resources site above for a great map of the trail network around Mount Si and its surrounding natural resources conservation area.) 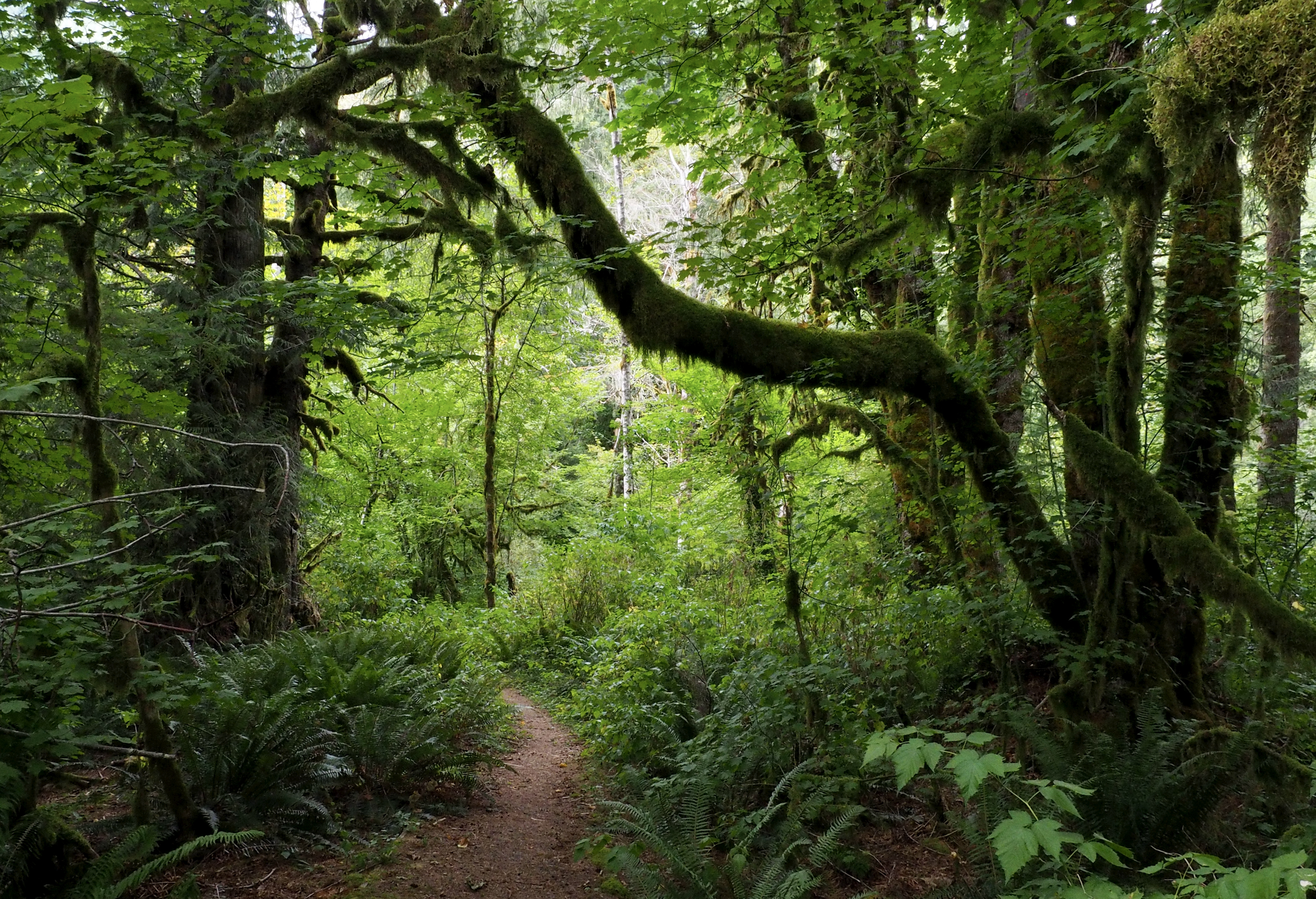 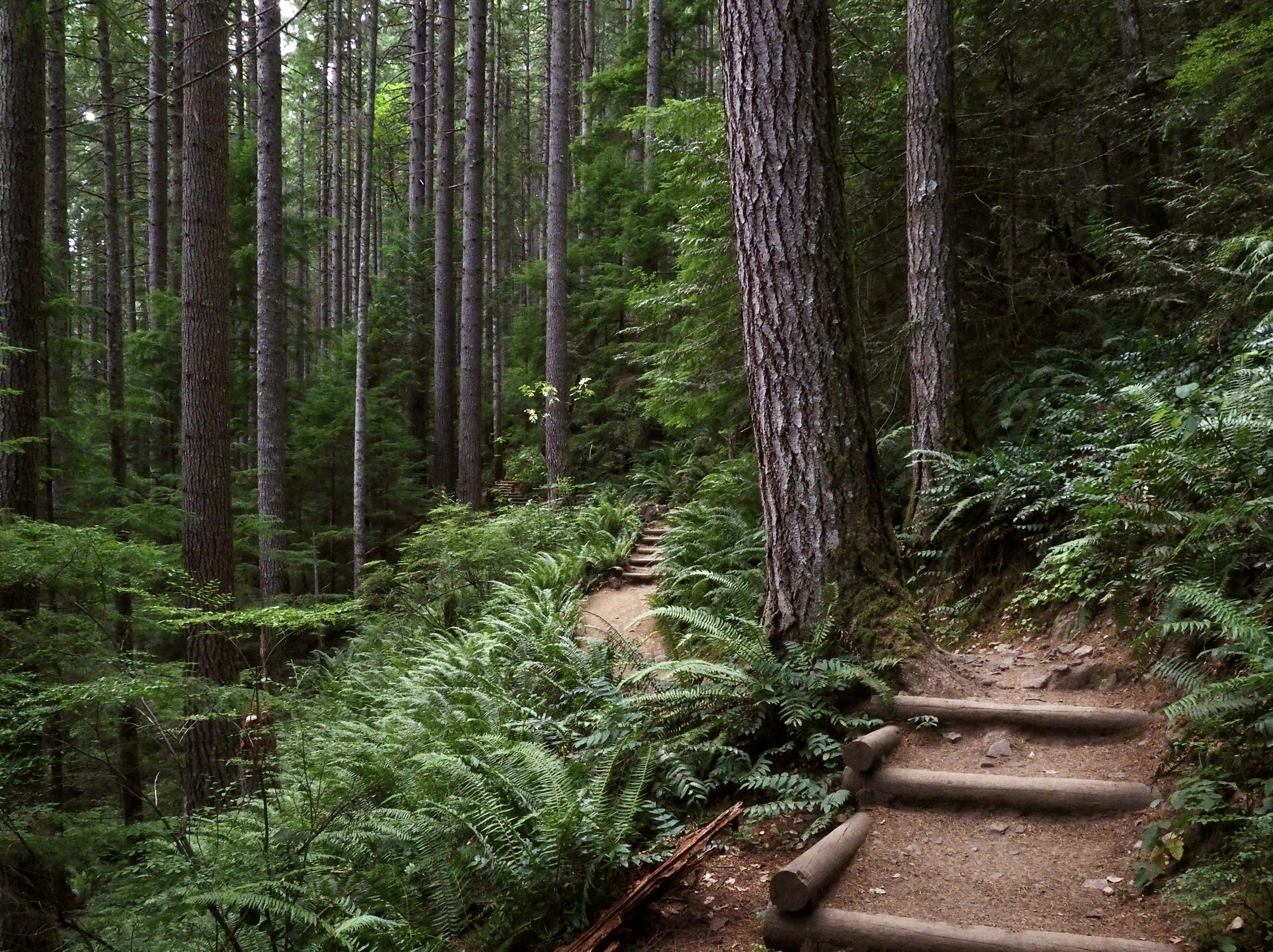 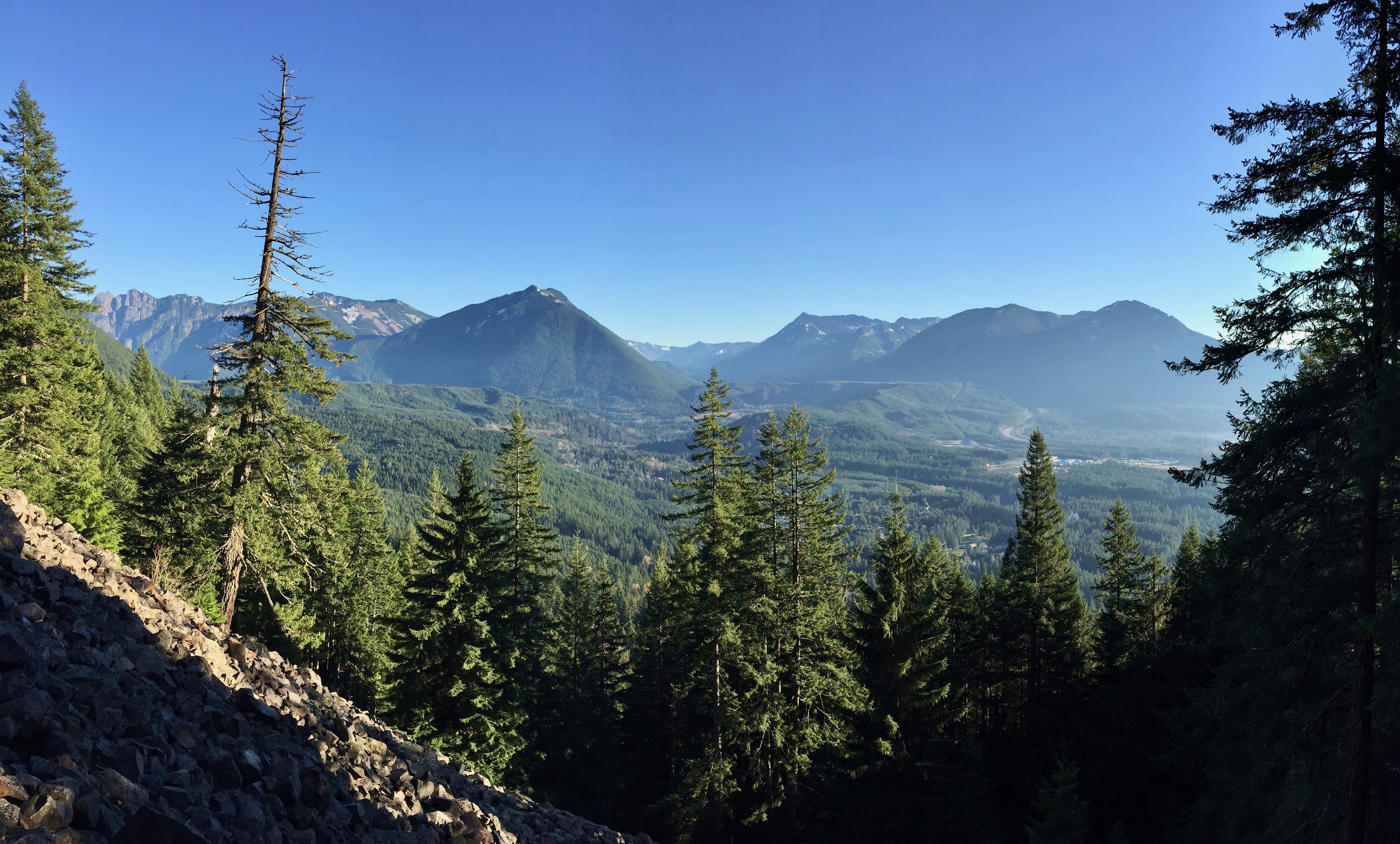 Approximately 0.70 miles/1.10 km from the trailhead, the Mount Si Trail arrives at its first junction with the Talus Loop, a side trail that detours 1.30 miles/2.10 km through similar forest on Mount Si’s eastern flank before rejoining the main trail approximately 2.50 miles/4.10 km from the main trailhead. (Both the lower and upper Roaring Creek trails branch east from the loop trail to join the Teneriffe Road Trail, which provides an alternate, although less scenic route to Mount Si’s summit and Mount Teneriffe beyond by an old logging road. On some maps, the Upper Roaring Creek Trail is misnamed as “Talus Loop Trail.” However, the trails themselves are clearly marked.) In addition to shaving approximately 0.50 miles/0.80 km off the total distance to the summit, the little-used loop trail also affords a bit of solitude away from the busy main trail. The Talus Loop is named for the stone-strewn slope near the upper junction, which gazes over North Bend, Washington and beyond to Mailbox Peak, McClellan Butte, and Mount Washington. Talus Loop, Mount Si Trail, November 22, 2015. Just after its upper junction with the Talus Loop, the main trail reaches Snag Flat, where, in 1910, an entrenched forest fire smoldered for weeks. The conflagration’s damage is still evident in the dead trees standing and, mostly, strewn across this relatively level section of the forest floor (hence the name) and in the charred bark blackening the survivors. Beyond Snag Flat, the lush forest gives way to the stunted, less diverse woodland of higher elevation. Mount Si Trail, May 24, 2014. 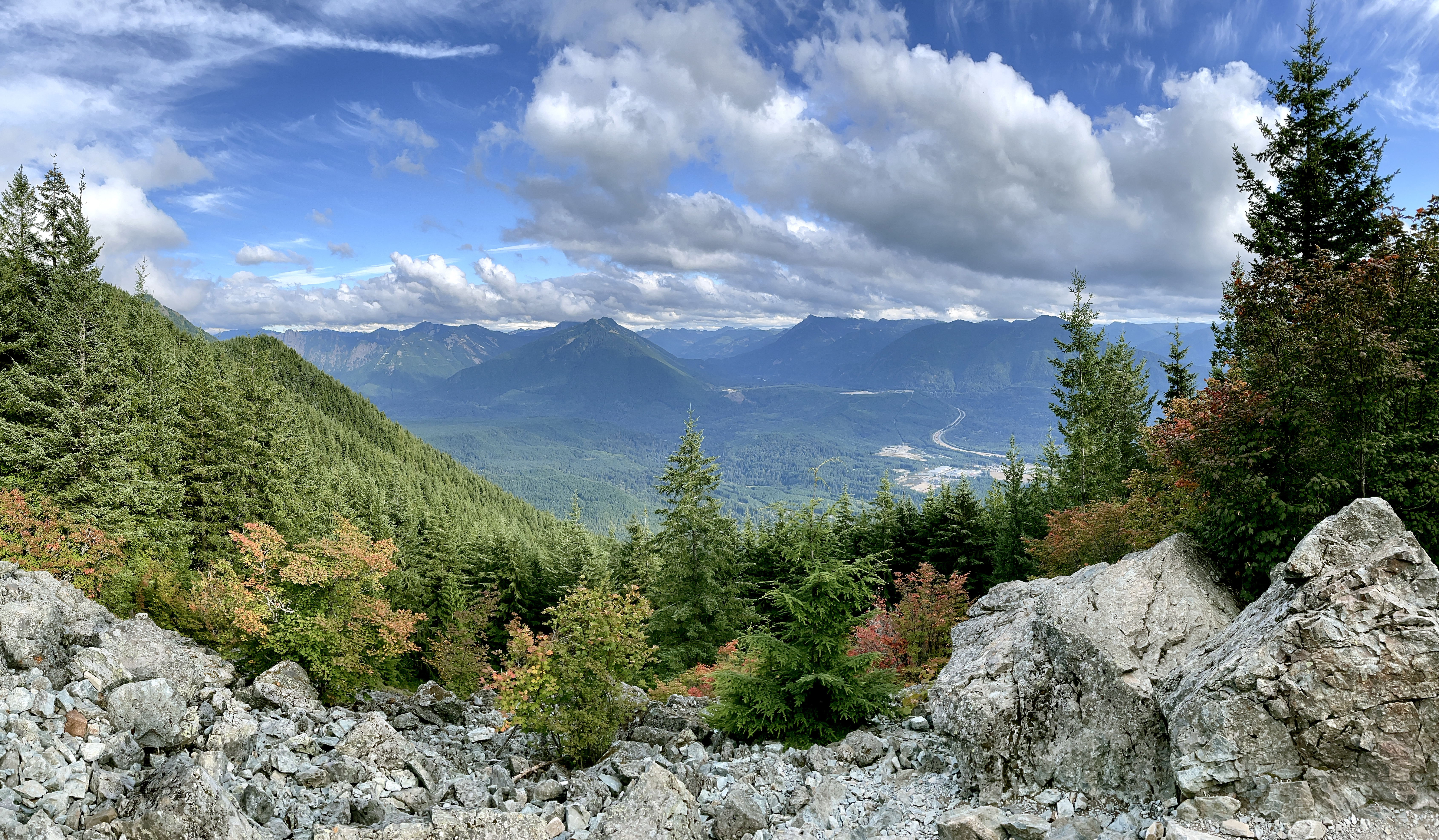 Views from Mount Si’s summit begin as soon as the trail clears the treeline. First to greet the sight are the neighboring Cascade Mountains stretching southeast beyond the Middle and South Fork Snoqualmie River valleys. North Bend, Washington lies directly below. But don’t stop here — continue to pick your way up the boulders for more expansive views to the west.
Mount Si Trail, September 05, 2021. 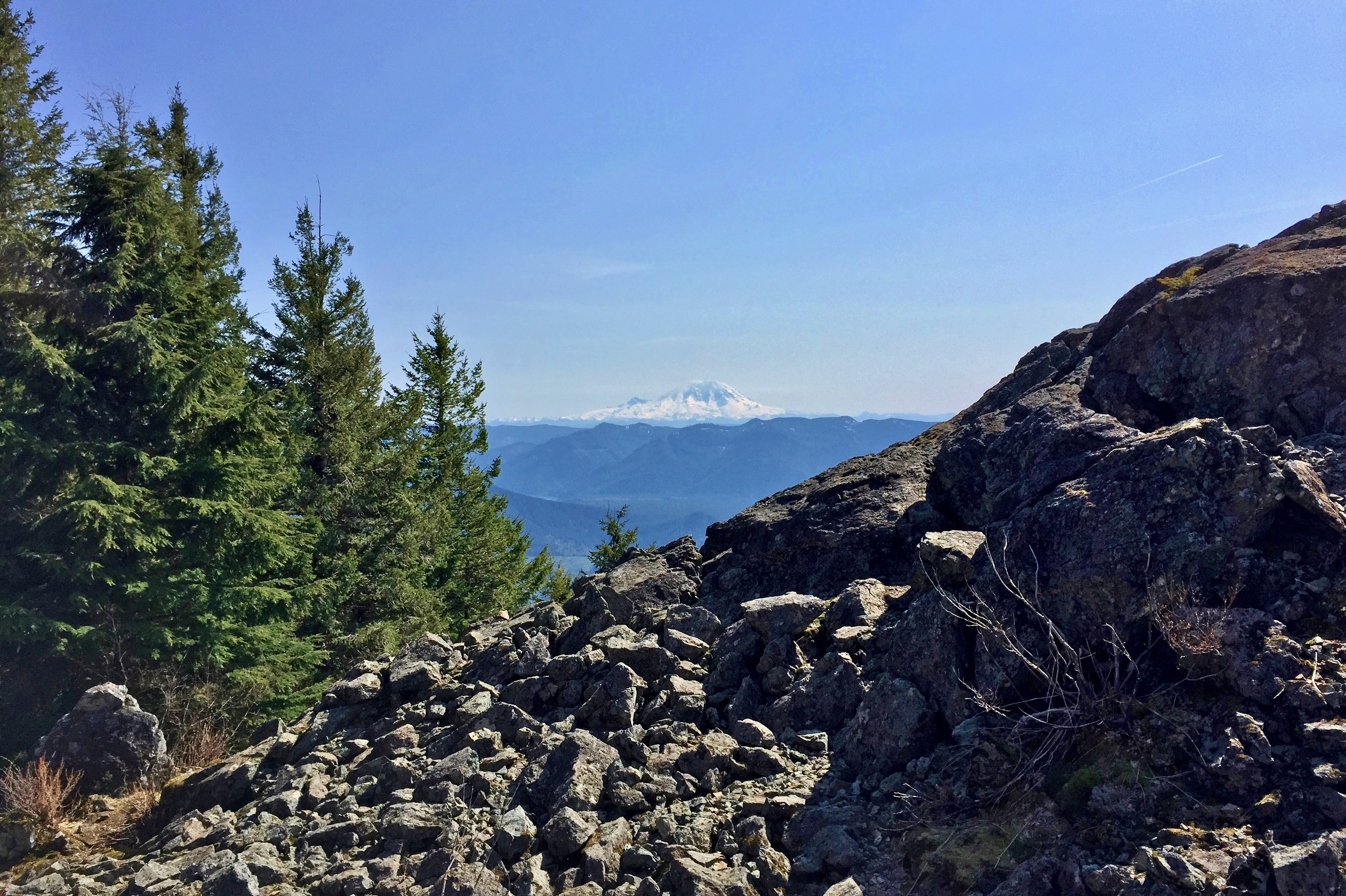 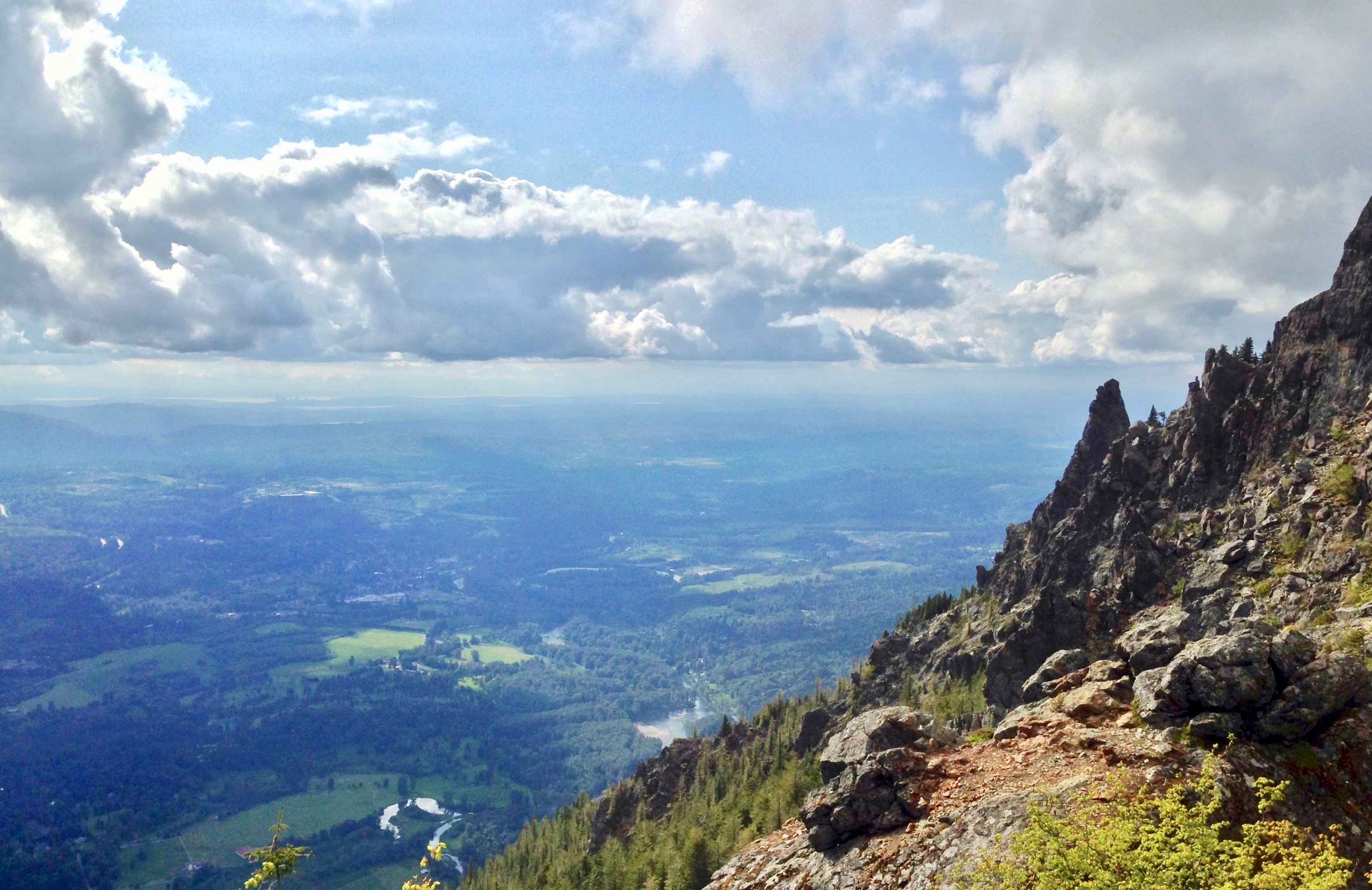 Mount Si’s rugged summit is crowned by a stone promontory, or “haystack.” A near vertical chute up its eastern face leads to the top, but, as both the route and peak have significant exposure, hikers without rock climbing experience are advised not to attempt it. Instead, enjoy the sufficiently panoramic views from the safety below the haystack and poke about for the wildflowers and other life that cling to the rocks. Mount Si Trail, May 08, 2010. 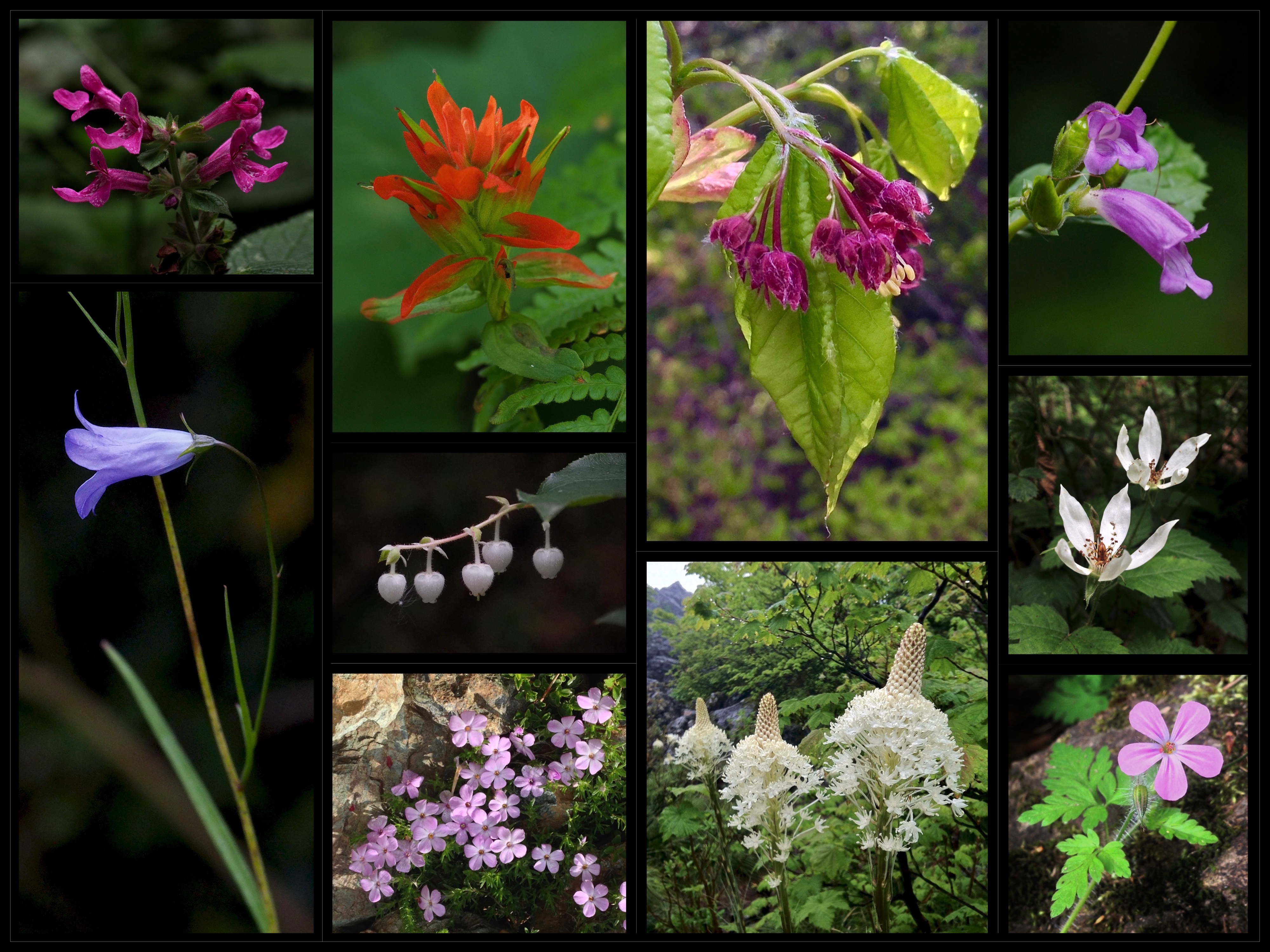 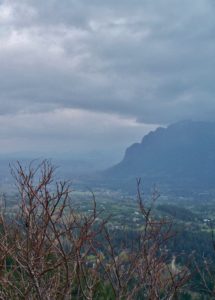 To the Native American Snoqualmie (“people of the moon”), q̓əlbc̓ is the body of the moon god Snoqualm, who was the keeper of fire and fire-making tools.  Known for their resourcefulness and stealth, Fox (or, in some versions of the myth, Beaver) and Blue Jay stole the fire and tools.  On their way back down to Earth, they inadvertently spilled the fire in the sky, which continues to burn as the Sun.  They gave the fire-making tools to humankind.  Snoqualm perished in a fall to Earth while attempting to retrieve his property and his visage is still said to be visible in profile near the summit.

Mount Si’s English name derives from that of a local European settler, Josiah “Uncle Si” Merritt.  The mountain also served as the backdrop for the 1990s television series Twin Peaks.