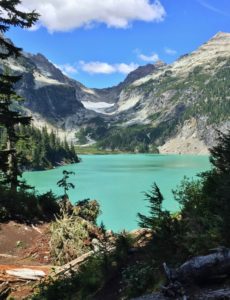 The rugged climb to Blanca Lake rewards with shoreline views of one of the Cascades’ most distinctively hued lakes.  The lake derives its unusually opaque, yet jewel-like color from “rock flour,” or, glacial till – fine, mineral-rich sediment ground from stone by the Columbia Glacier in the mountain hollow just above the lake and mingled with its runoff.  Although Blanca Lake displays its most intense color in bright sunlight, its shade shifts with variations in light and ranges from nearly iridescent turquoise to luminous jade.  The trail to the lake climbs steeply through heavy forest for approximately 3.00 miles/4.80 km before levelling across a short ridge and then descending just as sharply over the next 0.50 miles/0.80 km to the lake basin.  Along the ridge, brief views open to secluded meadows and surrounding mountains, including Glacier Peak, one of Washington’s five active volcanoes.  Although few wildflowers grace the shadowy woodland along the trail, an array of unusual autumn fungi takes their place.

Understandably, Blanca Lake is a popular summer and autumn destination − expect to enjoy it with others and consider visiting on a less crowded weekday.  Heavy use has eroded the trail to slick roots and rocks in many sections of its already steep grade − appropriate footwear is required and those who prefer trekking poles will find them especially useful here. 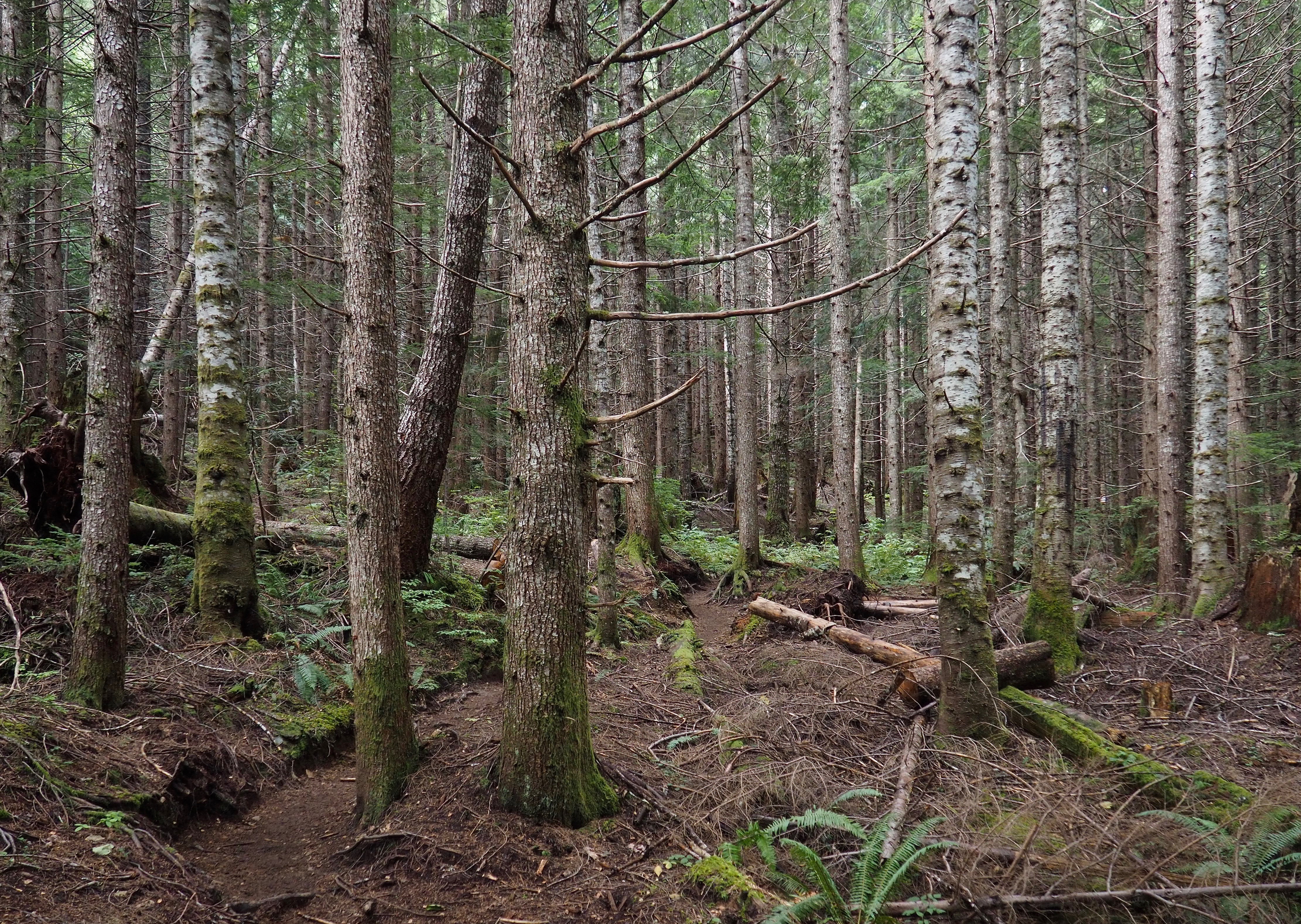 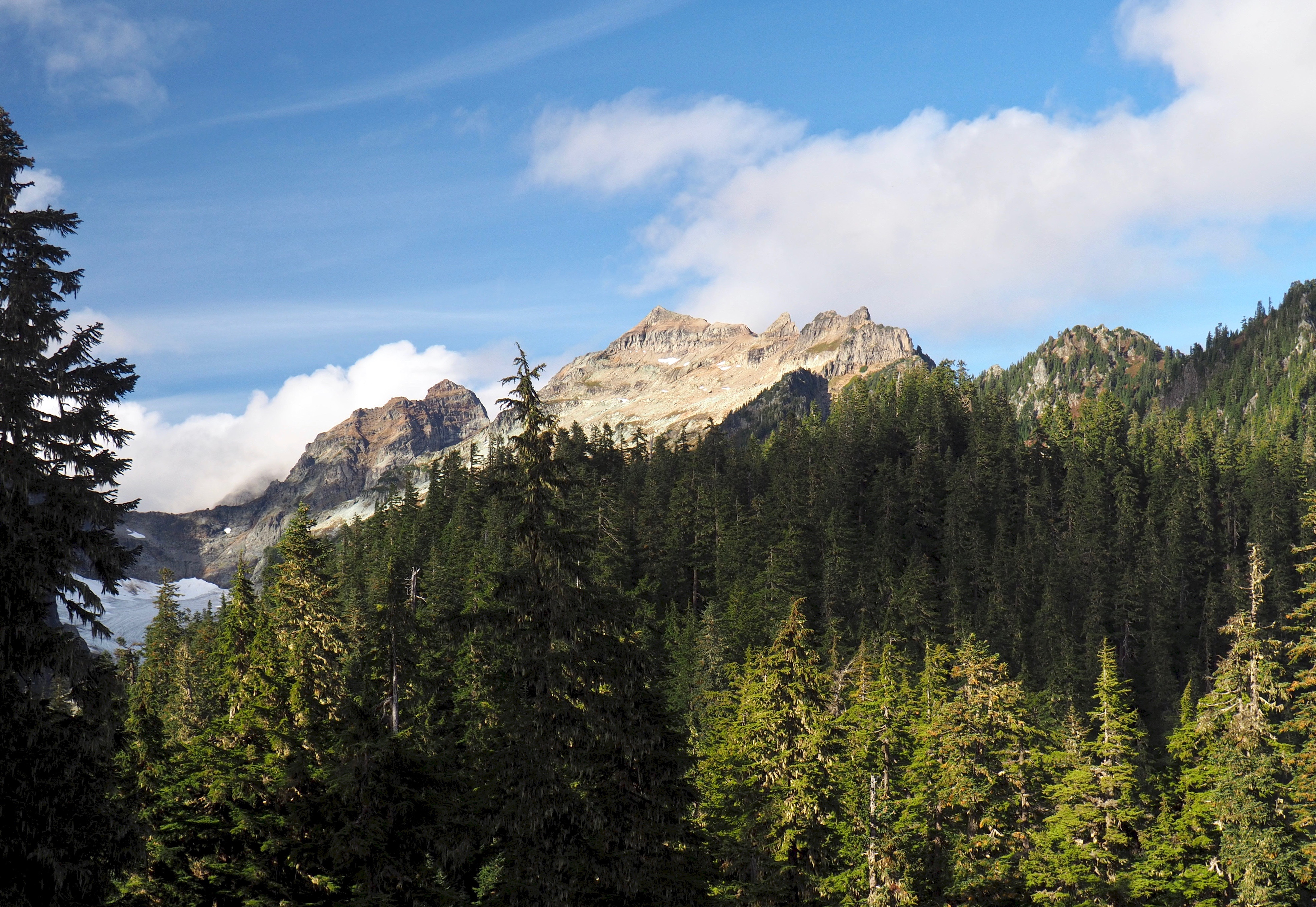 As the trail nears Blanca Lake, Monte Cristo and Kyes peaks rear atop the horizon. Still out of sight, the lake pools at their feet below the Columbia Glacier at the lower left of this photo.
Blanca Lake Trail, September 25, 2016. 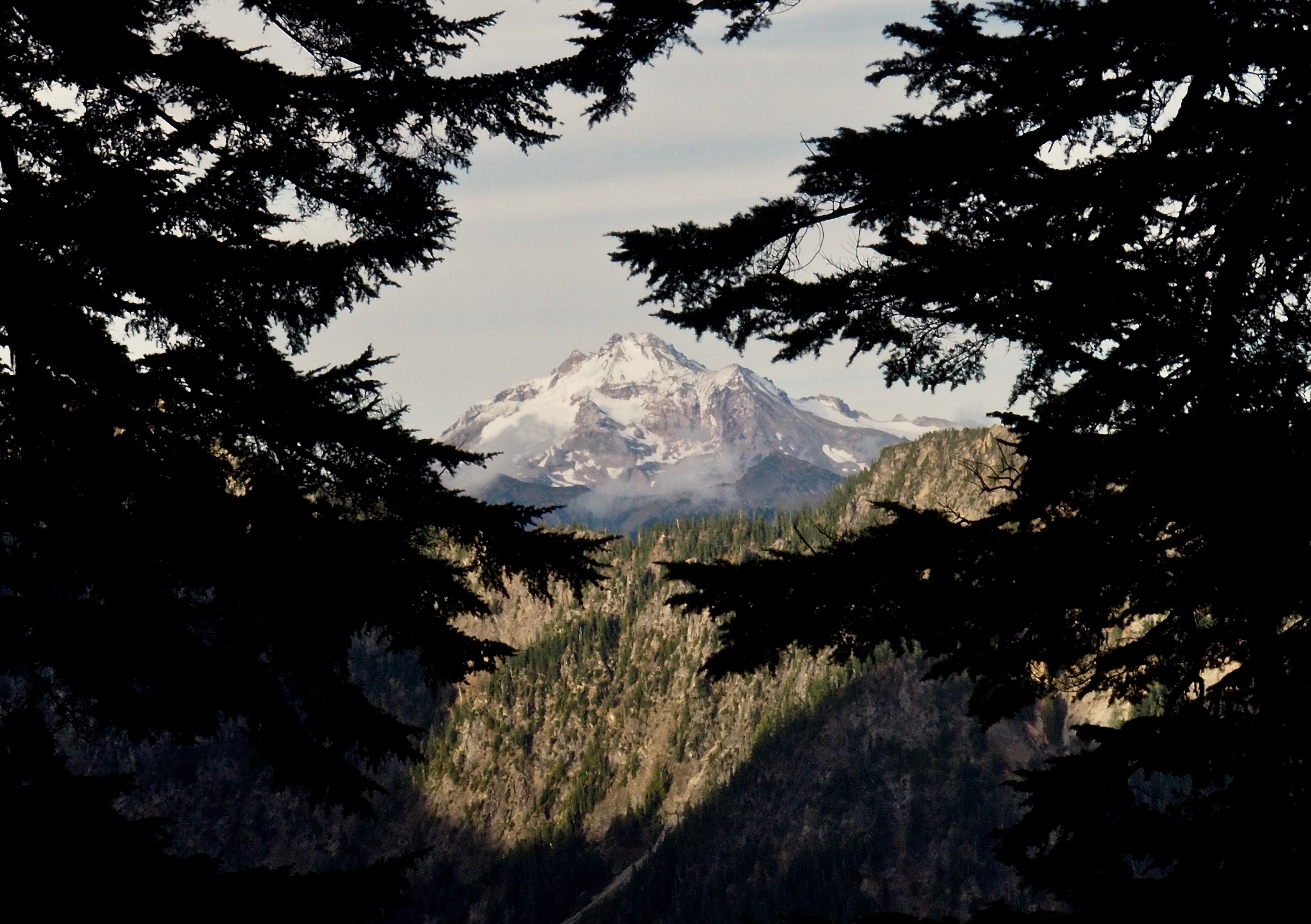 At the trail’s end, a raft of sun-bleached logs lodges at the lake’s outlet to Troublesome Creek.
Blanca Lake Trail, August 07, 2015.