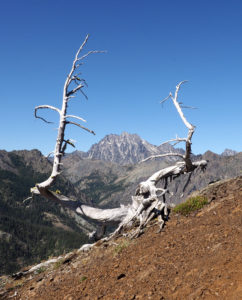 Views of Mount Stuart and its retinue of rugged peaks are highlights of this challenging hike.
Koppen Mountain Trail,
July 11, 2021.

Spectacular views await the hardy hiker atop Koppen Mountain.  However, this arduous hike is not for the faint.  The summit is reached by a combination of three trails that increase in intensity as they progress from a gradual rise to a moderate climb and, finally, a pitched ascent in thinning air.  From the trailhead, the Boulder De Roux Trail crosses the North Fork Teanaway River and follows its tributary, De Roux Creek, through open woodland.  Views begin to open as the De Roux Spur Trail then switchbacks moderately up the saddle between Koppen Mountain and De Roux Peak.  From the saddle, the Koppen Mountain Trail pivots steeply upward with nary a switchback, scaling the ridge to the summit at just over 6,000 feet/1,800 meters.  A 360-degree panorama encircles the stony pinnacle.  The ascent is a bit of a scramble on loose scree, sometimes thinly scattered like marbles over solid stone, and the descent over that same terrain can be treacherous — be sure to equip yourself with traction gear of choice.  (Falls would not likely be deadly, as the trail avoids exposure, but could result in injury nevertheless.)

While the magnificent views are Koppen Mountain’s star attraction, other features add seasonal interest along the trails.  In spring and early summer, a selection of wildflowers common to both sides of the Cascades populates the trailside from valley to summit.  Surprisingly, an assortment of butterflies also ascends the mountainside in search of mates and nectar at the summit.  In early summer, large cicadas drone stridently and constantly throughout the wayside.  In late summer, abundant blueberries sweeten the woodland understory.  At mid elevations near the saddle, outcrops of the greenish stone serpentinite add interest underfoot.

Koppen Mountain’s relative remoteness and challenging pitch offer opportunity to enjoy wilderness solitude away from the crowds that throng even nearby trails.  Only the occasional rumble of a vehicle on the forest road far below breaks the quiet thrum of nature pervading this secluded peak. Throughout their distance, the trails duck in and out of patchy conifer forest, which affords increasing views of the surrounding peaks. Not far from the trailhead, a sturdy bridge carries the Boulder De Roux Trail over the North Fork Teanaway River with a glimpse of Esmeralda Peak’s eastern pinnacles beyond. Boulder De Roux Trail, July 11, 2021. As the trails climb, the massive ridge across the North Fork Teanaway River appears. The ridge and its many apparent summits are unnamed, except for Point 6494, or, Longsway Peak sloping down its northwestern end (here, the leftmost peak on the ridge next to a higher but nameless outcrop) and Teanaway Peak anchoring its eastern end (here, on the right). De Roux Spur Trail, July 05, 2020. Rocky outcrops along the trail are composed of serpentinite, a greenish stone distinctively tinted by its mineral content and formation. Because few plants are able to grow on serpentinite, views from these vantages are naturally preserved. De Roux Spur Trail, July 11, 2021. 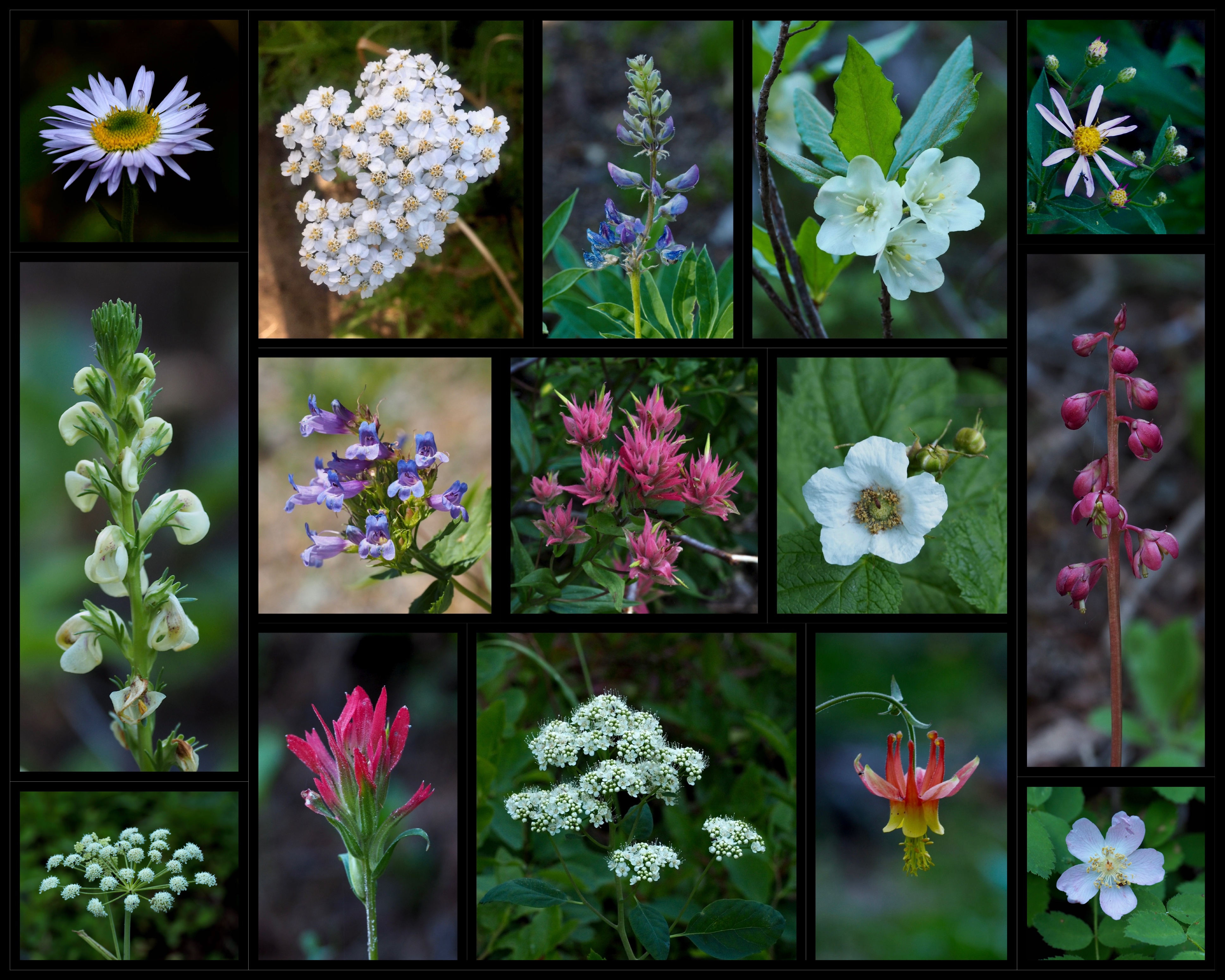 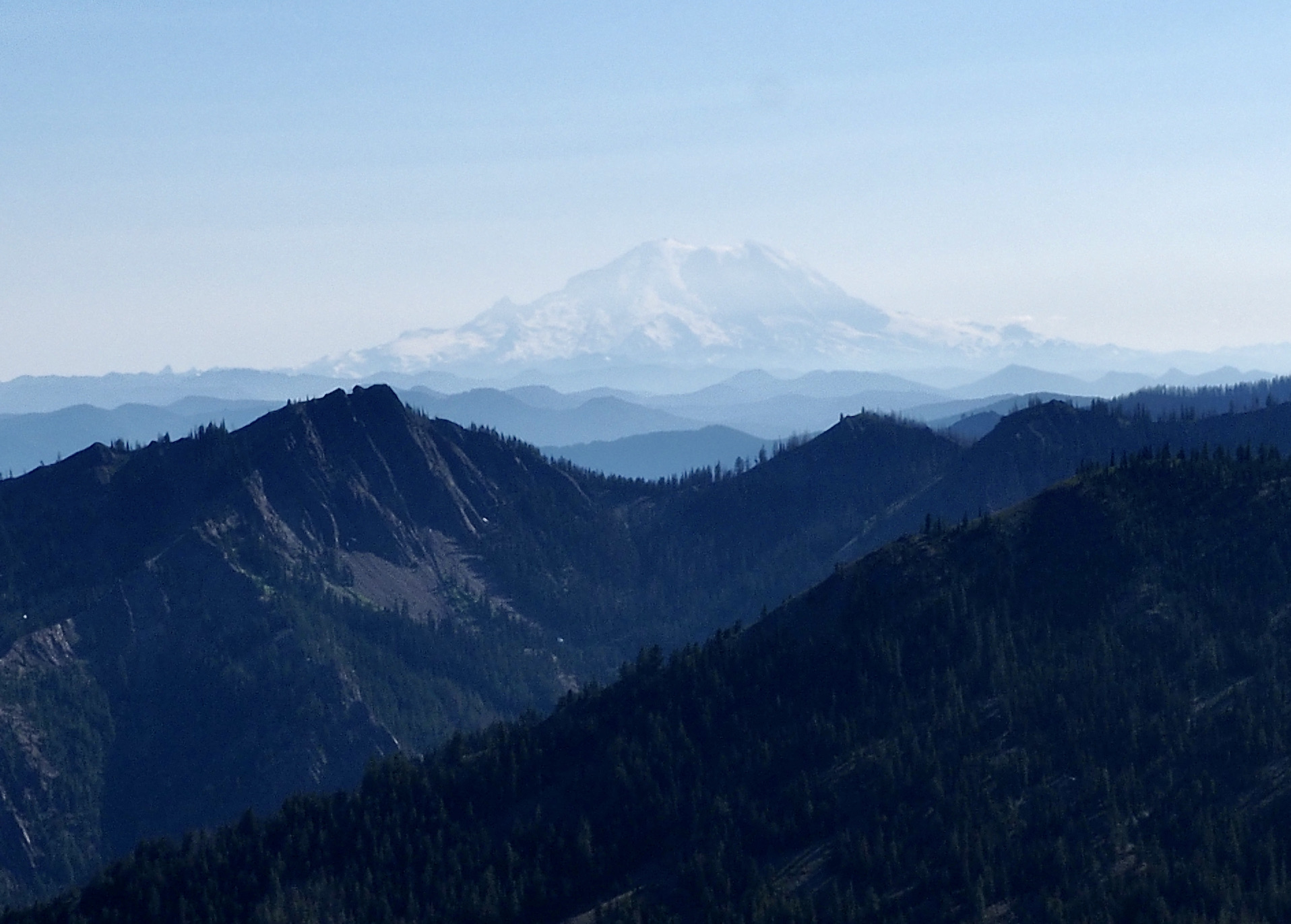 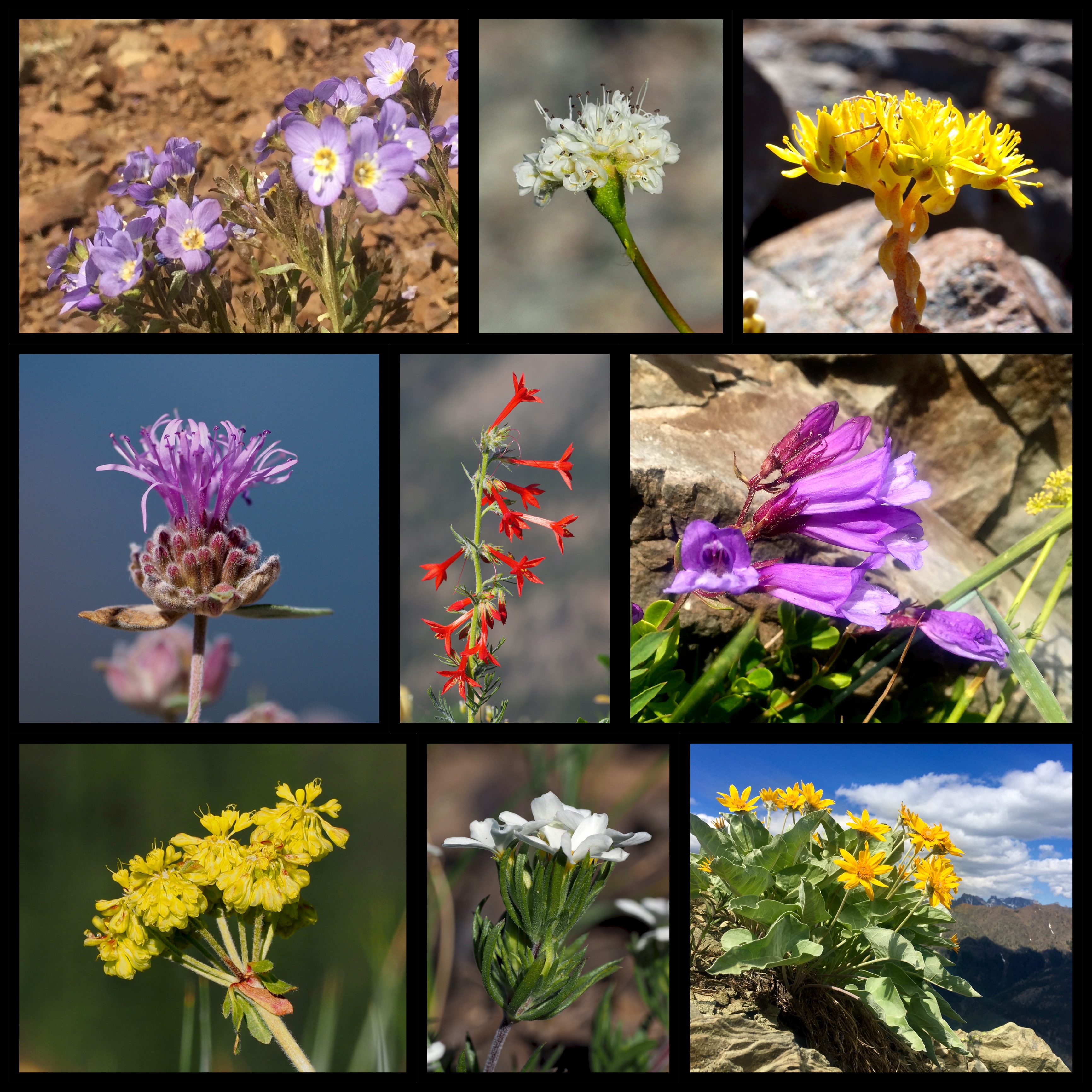 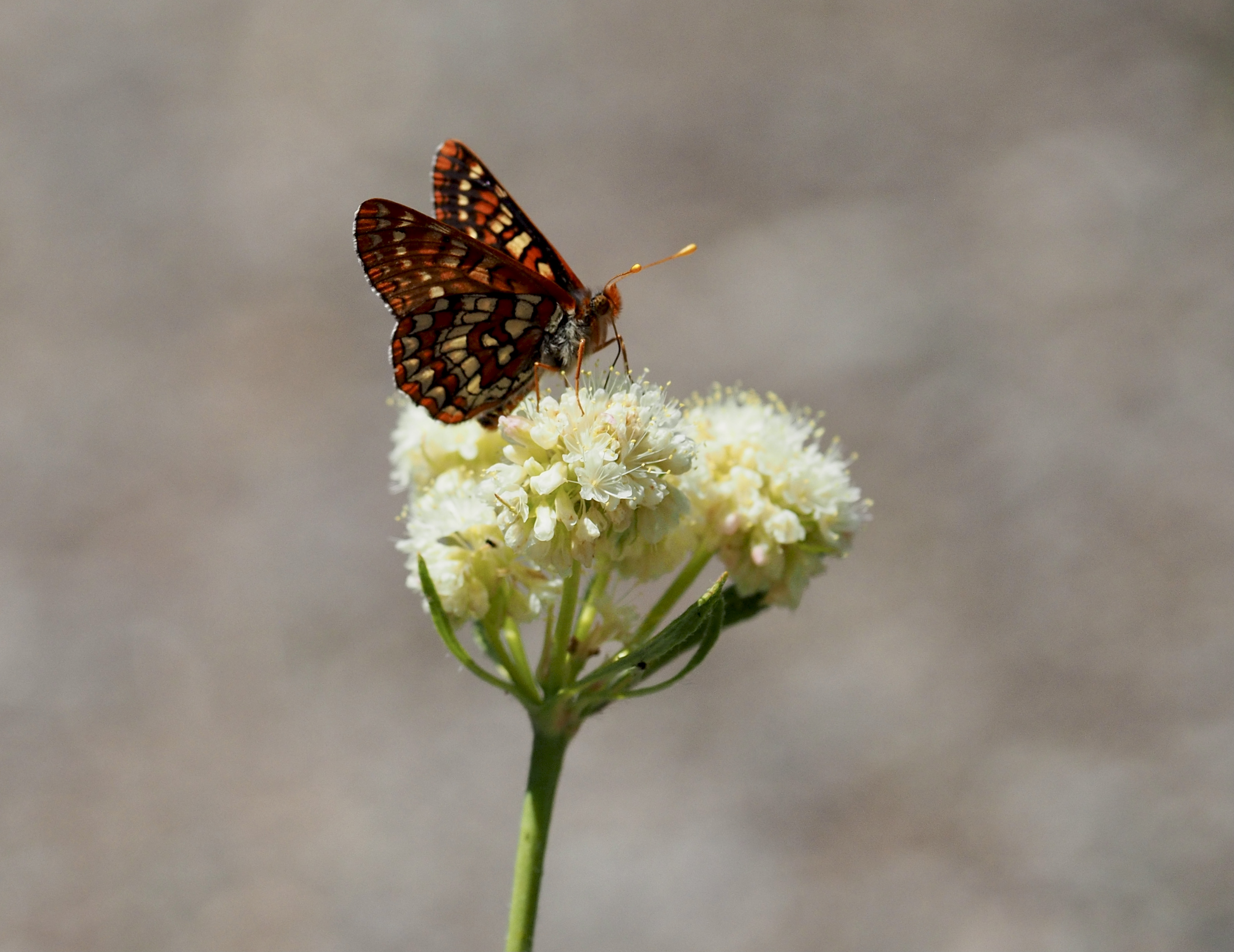 In summer, butterflies are surprisingly abundant at the summit and other upland clearings, likely the result of “hilltopping,” a courtship behavior in which males fly to high points to demonstrate their vigor to prospective mates. Here, one of several subspecies of Edith’s checkerspots (Euphydryas editha ssp.) savors nectar from the blossoms of an arrowleaf buckwheat (Eriogonum compositum).
De Roux Spur Trail, July 11, 2021.