Perhaps I should have felt apprehension as these vultures swept about me, circling, dipping into the valley below, then swooping upward again, near enough that dark shadows crossed my path and I could hear the whoosh of feathers as they banked overhead. But no, I thrilled at this unexpected meeting of their world with mine; after all, they had no interest in the living.  Despite their rustled silence, their presence was palpable.  What did these phantasmic enigmas signal at this crossroads of human and avian?  As hideous as they are to our eyes, vultures are not entirely unlike us. These were quite social: always near one another, never squabbling as songbirds do, and even engaging in what could have been a bit of small talk between themselves. When evening fell, their roost became a scene of domestic tranquillity as they settled in for the night, preening leisurely, gazing out upon the same islandtop vista I’d climbed to view, and nodding off. In the end, it was I who left the birds of death to their timeless idylls. 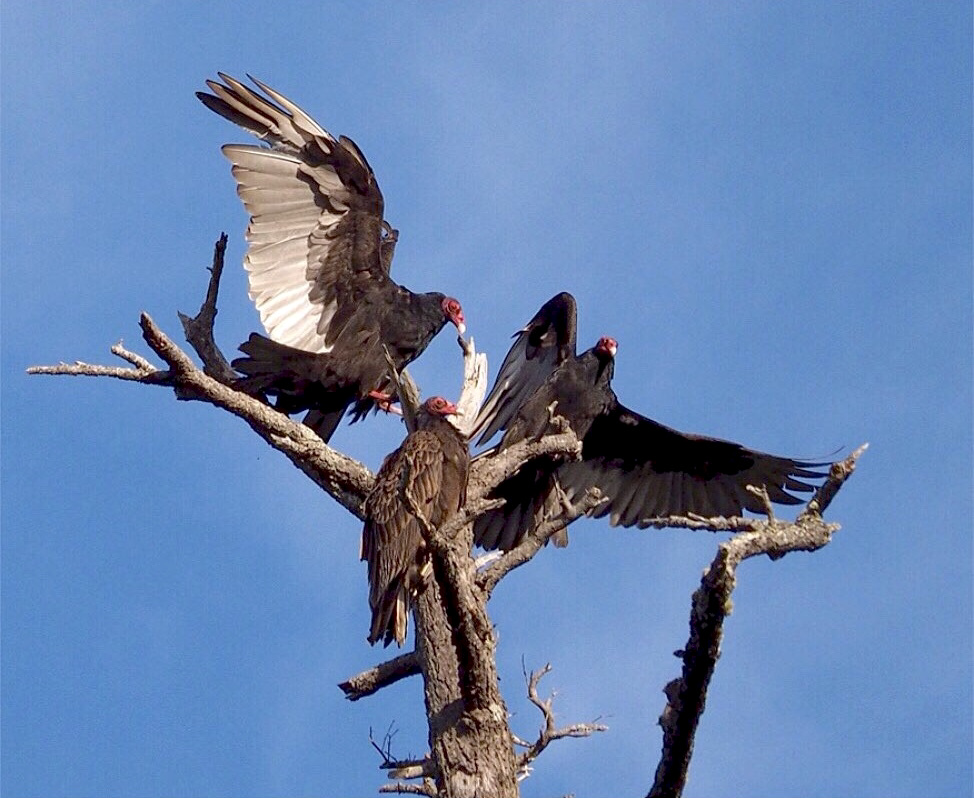